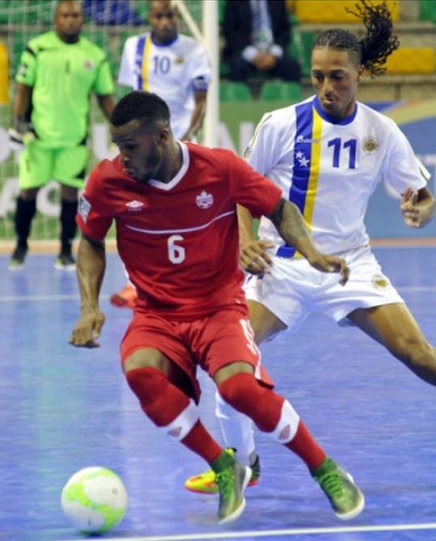 Canada progressed to the CONCACAF Futsal Championships this year and nearly qualified for the FIFA Futsal World Cup, they were competitive through the qualification campaign and can be very proud of their development progress.

After the competition, we spoke with Ian Bennett who developed his Futsal knowledge under Keith Tozer at Milwaukee Wave. He gives his thoughts on Canada’s progress, the criticism that Keith Tozer received after the U.S defeat to Canada, his experience at the CONCACAF qualifications and on his future and the PFL

What initially got you involved in Futsal and who taught/ coached you? 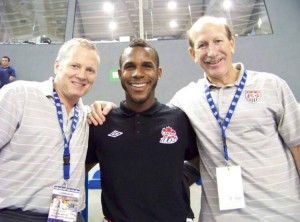 I was introduced to futsal 7 years ago from coach Keith Tozer, a lot of our indoor training was based on futsal, the runs, the patterns, shooting etc which all came from futsal. I saw after we defeated the United States that Coach Tozer came under a lot of criticism for picking indoor players and not filling the squad with enough Futsal based players from the States. However, I wouldn’t be the player I am today without Keith and knowing him he chose who he felt was the best at his disposal and could get the job done, but what annoyed me is that some people acted like the U.S should have won outright and that is disrespectful to the great work going on in Canada. Many of our players have CONCACAF Futsal Club Championship experience and our coaching staff did a great job with our preparations and in the end, we were the better team on the day but like in any other sport, on another day potentially the U.S could have won.

You have a mainly soccer/ indoor (MASL) background so why get involved in Futsal?
There are a lot of similarities, the way you control the ball and the movement off the ball are the same in Futsal and MASL. But, besides this, from my experience under coach Keith Tozer, I fell in love with the sport and anyone who plays Futsal and has a love for playing any sport with a footballing format is going to as well. Futsal is getting very popular here in North America so why not be a part of this movement and help to grow awareness as much as possible.

How did you get involved with the Canadian National Futsal team and what was the camps training experience like with the new national team coach? 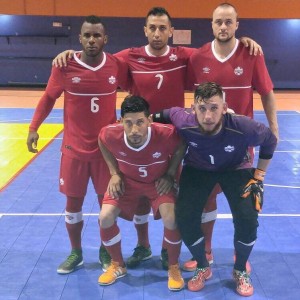 I was first selected for the 2012 national team. The team was very young and had little experience but we did win our playoff game to get to the qualification round but after this we got beat in every game. This 2016 team was very different, players had more experience, the coaching staff was very organized and had a game plan from the very start! Training camps were very intense with a lot of attention to detail! This time around we had the right mix of players and everyone really came together.

Now that you have experienced Futsal at the highest level in North & Central America at the CONCACAF Futsal Championships what was that like for you?
I will never forget this campaign as it’s always a blessing to play at the highest level, seeing the different countries and players play their own style is a joy to watch. I love the passion that the CONCACAF championship brings out and the atmosphere is electric!

The MASL is very much a minor sport in the United States of America from your experience in this league/ sport, do you think the PFL will be more successful or that Futsal will appeal more to the North American audience (U.S.A/ Canada)?
I wouldn’t say the MASL is a minor sport, some teams have a very rich tradition and a ton of fan support. The money is different than baseball and football but when it’s the indoor season we can compete with any of those sports. The MASL has been very good me and to many players! If the PFL is done right I think it could be a huge success and I think they have the right people leading the way already to make it so.