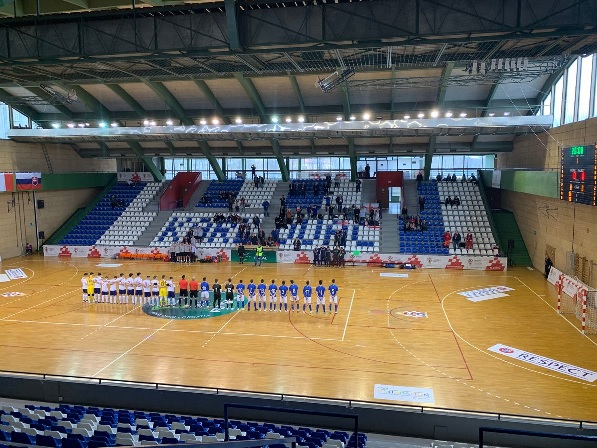 England made English/British Futsal history today by beating Italy 1-2 in the main round of the UEFA Futsal U19 EURO qualifier in Croatia. This is the best result for England at any level, England took the lead through Cheshire Futsal Club player, Jordan Deer but Italy replied minutes later through Simone Achilli but they secured their victory when University of Nottingham Futsal player Jared Rand scored in the last minute.  Both clubs will be extremely proud of their players as will the other clubs whose players are involved and representing them in this team result.

The players have given themselves every opportunity to make it to Latvia for the main competition in September this year. Their coach Pete Vallance, his staff, the England senior set-up and Graeme Dell who sits on the English FA Council as the Futsal representative and travelled with the squad will be proud of the players on this achievement and no matter what happens in their final two fixtures. The team still has two tough matches ahead and will compete against hosts Croatia who defeated Slovakia 6-2 today, whoever wins this match will most likely win the group. 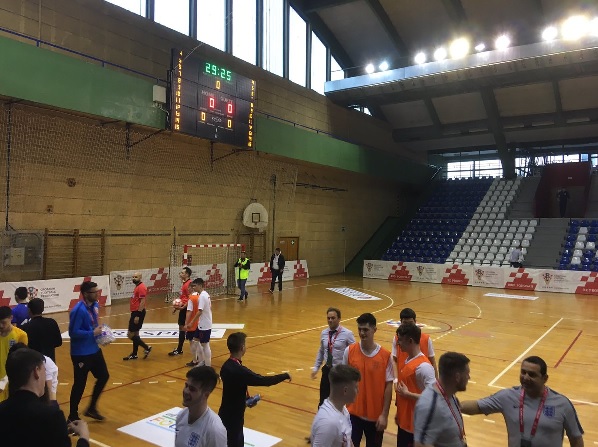 Twitter has exploded with congratulations for the team which they fully deserve but there are so many unnamed people who have contributed to the development of these players and Futsal Focus congratulates them.

You will be able to watch England second fixture against Croatia via the link below.

The England squad for the tournament is: