The new, three-way global media partnership between World of Futsal, Futsal Focus and SoccerToday will provide unparalleled media coverage of futsal, increasing the visibility of the global sport. With futsal’s most comprehensive media platforms working together, and their combined reach of nearly 200,000 social network followers, important futsal news will receive increased exposure. With the goal of collaborating across multiple platforms, this new strategic global media partnership will more effectively reach futsal fans with authentic, engaging and relevant news to meet the challenging demands of the market. 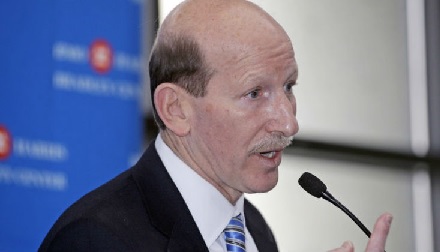 Keith Tozer – Commissioner of the Professional Futsal League and Founder, and Host of the World of Futsal podcast

“I am extremely proud and honored to be a part of this dynamic strategic partnership with Futsal Focus and SoccerToday,” said Keith Tozer who launched the World of Futsal podcast in 2018 after being head coach of the U.S. Men’s National Futsal Team for twenty years. “We come together to promote futsal globally and help bring the sport into the mainstream.”

The World of Futsal has 45,000 listeners in over 120 countries. Tozer is also the Commissioner of America’s soon to be launched Professional Futsal League (PFL), and a FIFA Futsal Instructor as well as the Technical Director of U.S. Youth Futsal.

Stephen McGettigan, Founder and Managing Director of Futsal Focus said, “Information is key to the growth of futsal and it is an honor to work with Keith and Diane to educate and attract more people to our beautiful sport. Coming together to contribute to the betterment of futsal’s promotion is an example of the leadership needed to see this game prosper further.” 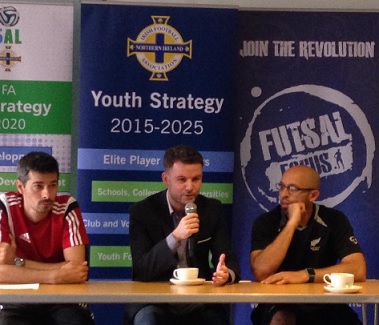 Futsal Focus was established in 2012 and has grown across multi-channels, establishing a global social media following of over 60,000 and growing day by day. The social media following is aided by the official website, FutsalFocus.net. Futsal Focus monitors the industry, seeking ways to positively impact futsal. In doing so, Futsal Focus has partnered with the Irish Football Association in Northern Ireland, helping to launch their first ever International Futsal tournament and coaching conference in 2016. In 2017, Futsal Focus launched the World’s First Futsal Business Conference in partnership with Tranmere Rovers FC called the Futsal Focus Network Business Conference. This global partnership is a continuation of this trend of impacting and helping to grow the global futsal audience.

“Futsal’s worldwide popularity has increased significantly, especially in the United States where there is an estimated 20% increase in kids playing futsal,” said Diane Scavuzzo, Founder, and Editor in Chief of SoccerToday. “It is essential that we innovate and consistently reach our audience with compelling news. This media partnership gives all of us the opportunity to benefit from the overlap in our audience and extend our reach collectively. More than 3 million people have read our soccer and futsal news and the convergence of expertise created by this partnership will produce richer and more comprehensive integrated content.” 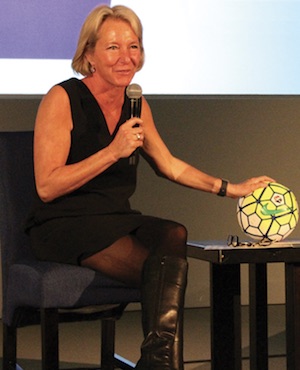 Diane Scavuzzo, Founder, and Editor in Chief of SoccerToday

“Our SoccerToday.com readers already benefit from our partnership with Keith and we are excited to start working with Stephen,” said Scavuzzo.

Scavuzzo began publishing news on futsal in 2010 and has watched the game grow exponentially in the youth market. SoccerToday – The Voice of American Soccer publishes news every day, delivers over 45 million ad impressions annually, has a combined social media reach of 70,000 followers and an estimated 250,000 email subscribers to the SoccerToday’s weekly newsletter.

If you like the information provided, you can read more futsal by going to the top bar navigation or click here