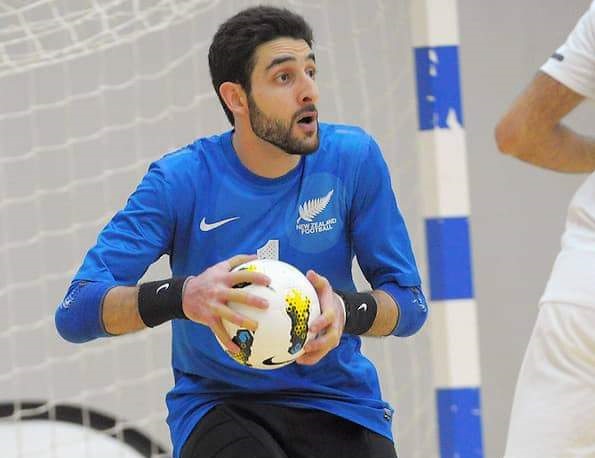 New Zealand National Futsal Goalkeeper Atta Elayyan, a victim of the shooting, has passed away

New Zealand’s top professional football team, the Wellington Phoenix, paid tribute to Elyyan and the other victims at their A-League match against the Western Sydney Wanderers, which went ahead after police consultation.

Fifty people were killed and 50 injured in shootings at two mosques in what is New Zealand’s deadliest attack. The Kuwait-born Elayyan, 33, played 19 times for the Futsal Whites.

“Atta was a great man and well liked by everyone in the Futsal Whites squad and the futsal community. There are no words to sum up how we are all feeling. He will be sorely missed.”

Australian Brenton Tarrant, 28, has been charged with carrying out the shootings. The third cricket Test between New Zealand and Bangladesh that was due to start in Christchurch on Saturday was canceled after tourists witnessed the mass shooting.

“They are a very tight-knit group and this news of Atta’s death will be devastating for all involved in the game. We feel their pain and their grief.”

Super Rugby’s Canterbury Crusaders say they are open to discussing a potential name change following the deadly mosque shootings in Christchurch. Since Friday’s attacks, concerns have been raised over the team name’s association with the medieval religious wars between Christians and Muslims.

“We acknowledge and understand the concerns that have been raised,” the New Zealand club said in a statement. It said the name is “certainly not a religious statement”.

“For us, the Crusaders name is a reflection of the crusading spirit of this community,” the club added.

“What we stand for is the opposite of what happened in Christchurch… our crusade is one for peace, unity, inclusiveness and community spirit.

“This team and the wider organisation are united with our community in standing against such abhorrent acts… and in standing in support of our Muslim community.”

The club’s chief executive Colin Mansbridge said they were open to initiating discussions about a change, in time.