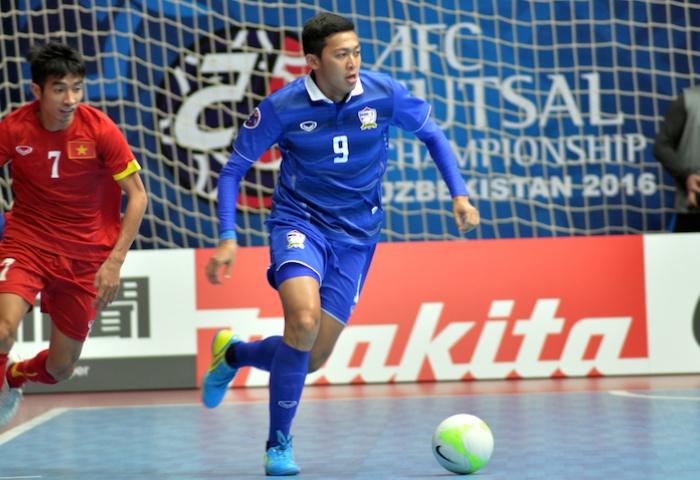 Newly appointed Head Coach of the Thai National Futsal team Miguel Rodrigo has already started coaching his squad and will have a great opportunity to assess his players and what improvements will be needed ahead of the FIFA Futsal World Cup kicking off in Colombia in September.

The Thailand Football Association have organized an international futsal tournament which will be held in the Bangkok Arena from the 20-23 August. The teams participating in this tournament are Thailand, Iran, Japan, and Kazakhstan.

Japan are the only nation not going to the world cup, and are Miguel’s former team, the left his position after failing to lead his players to the competition. But, with Victor Hermans stepping down as the Thai Head Coach who done a fantastic job developing the sport there, it was an opportunity Miguel couldn’t refuse. After the preparations waiting for Thailand in the FIFA Futsal World Cup Group B is Russia, Cuba and Egypt. The Thai team will be hoping to make progress by qualifying for the quarter-finals for the first time. This was their goal when they hosted the competition in 2012. For Iran, who were drawn in Group F, they will compete against Spain, Morocco and Azerbaijan, a very difficult group. Kazakhstan who are playing in their second world cup, the first was in 2000 in Guatemala, they will play Argentina, the Solomon Islands and Costa Rica.