Newport futsal club starts league due to popularity of the sport

Newport’s first futsal team is hoping to bring the community together through sport after launching its own league. FTSL was launched in late 2019 by Welsh international futsal player Rico Zulkarnain, his partner Tessa and his brother Tremayne Stock. 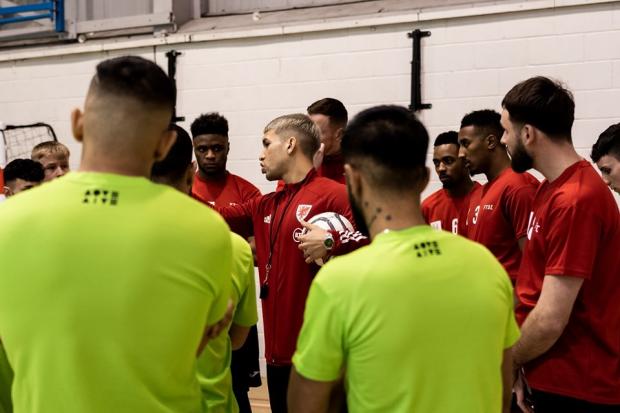 The league is made up of six teams, and matches are played at Pill Millennium Centre every Friday night. On Friday, February 28, the first round of fixtures were played.

“It was a great opening night,” said Mr Zulkarnain. “We had teams from Newport and some from as far away as Merthyr.

“It’s a great atmosphere as everyone is on a level playing field as they are all learning the game.”

Mr Stock said: “The numbers we were getting at training sessions were outgrowing the team, so we decided to start a league.

“We have supplied them with kits free of charge. Rico is refereeing the games and I’ll be on the stop clock.

“During the games, we will be identifying the best players for the FTSL team to represent us in the FAW Elite National Futsal League. It’s the highest division of futsal in Wales and the winners get to play in a Champions League with some of the best futsal teams in the world.”

The games are 20 minutes per half and take place between 8 pm and 10.30 pm. Anyone interested is welcome to come along and watch.

The organisers said because there was such a demand after week one, they are open to adding two more teams to the league. Anyone interested in taking part should message the FTSL Facebook page or get in touch via ftslworldwide.com

There are also open training sessions at Newport Velodrome at 8.15 pm on Wednesdays for £4 per player.