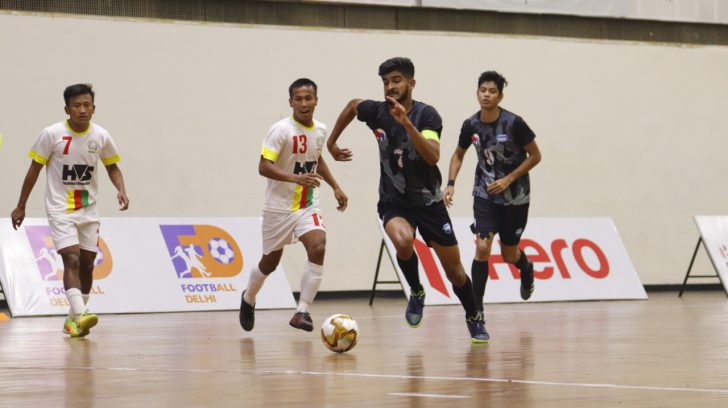 India is an exciting market for futsal and in 2016 the All India Football Federation (AIFF) announced their plans to develop futsal. Since 2016, futsal development by the AIFF has been slow, although COVID has been one of the main reasons for this. Eventually, the AIFF launched a national championship in 2021 named the Hero Futsal Club Championship. It was the first of its kind on a national level for futsal in India. The Championship featured 16 teams. AIFF invited clubs playing in the Indian Super League, I-League and State level futsal champions to participate in the inaugural season. The competition was eventually won by Delhi FC, a professional football club who entered a team in the competition. Viewership for the tournament was very high, the final was watched on YouTube by close to 60,000 people and thousands more watched it via Eurosport India. Due to the success of their first competition, Futsal Focus got in contact with the AIFF and spoke with Mr. Savio Medeira, Director of Coach Education and Mr. Sunando Dhar, Leagues CEO to hear their thoughts on the AIFF’s Futsal development in India. A lot of our Indian futsal fans have been in contact through the years asking for clarification concerning the AIFF’s intent for futsal at the club and national team level which this interview addresses.

FF: Around the world, there are football associations yet to fully embrace futsal, why does futsal interest the AIFF?

SM: Futsal is a game which is fast evolving and complements the 11 a-side game. AIFF has taken up the onus of developing the game in India as part of our vision to make India a footballing country. We feel futsal will play a vital role in achieving this.

SD: Other than being a very fast paced action-oriented version of football, futsal has demonstrated around the world that it can improve the technical quality of players especially when they are developing from younger age groups. We have seen lots of examples where many great footballers started their careers playing Futsal. We hope that Futsal and Football can complement each other, and through developing the sport the goal is to eventually find talented young players who started with Futsal and then can transition onto the bigger field. So, I think Futsal has a very important role in the overall development of the game in India. Futsal is also a growing opportunity in its own right, it is still in its early development in India but in the near future futsal will be an additional option for Indian players who prefer the sport or are more suited to the sport than they are to football. 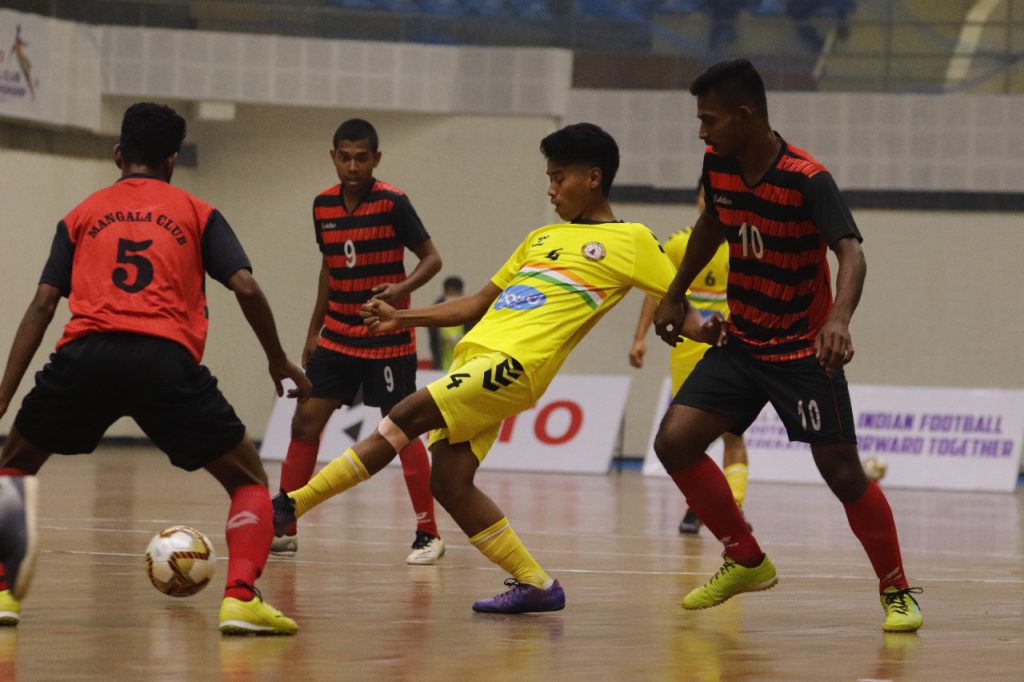 FF: I read that the AIFF sees Iran as their benchmark for futsal development in India, what exactly is it that you respect about Iranian futsal, and how do you intend to include what you have learned from Iran in your own strategic goals?

SM: Iran are a powerhouse in World Futsal. Being an Asian country, it is always good to look up to them in regard to the manner they have structured the sport from the grassroots to the professional in the men’s, and how they have developed the women’s futsal as well who are a talented team as well dominating Asian futsal. Besides their Super League, they have their 1st and 2nd division leagues along with other lower divisions as the categories change. The sport is also not popular to one particular region, it is popular throughout Iran, spread across the country which needs to be admired as Iran is a vast country. It is too early for us to aim for the level of development that Iran has today, but it is always good to have a development benchmark to work towards. We would like to start by taking the game to the grassroots/ communities, and take it forward together, for our people to enjoy and learn about this wonderful sport the length and breadth of our country.

SD: Obviously, we have seen the development of the game in Iran, and they are one of the top nations in Asia for the men’s and women’s. We look up to them, and we know they have various divisions with promotion and relegation. That’s like a dream for us. We aim to have a Futsal League in India soon with different tiers of promotion and relegation, and home and away matches. It’s ambitious at the moment, but we have to develop the game to its fullest potential, that is what we are aiming for. We aim to learn from the best, and we will try to follow their example. 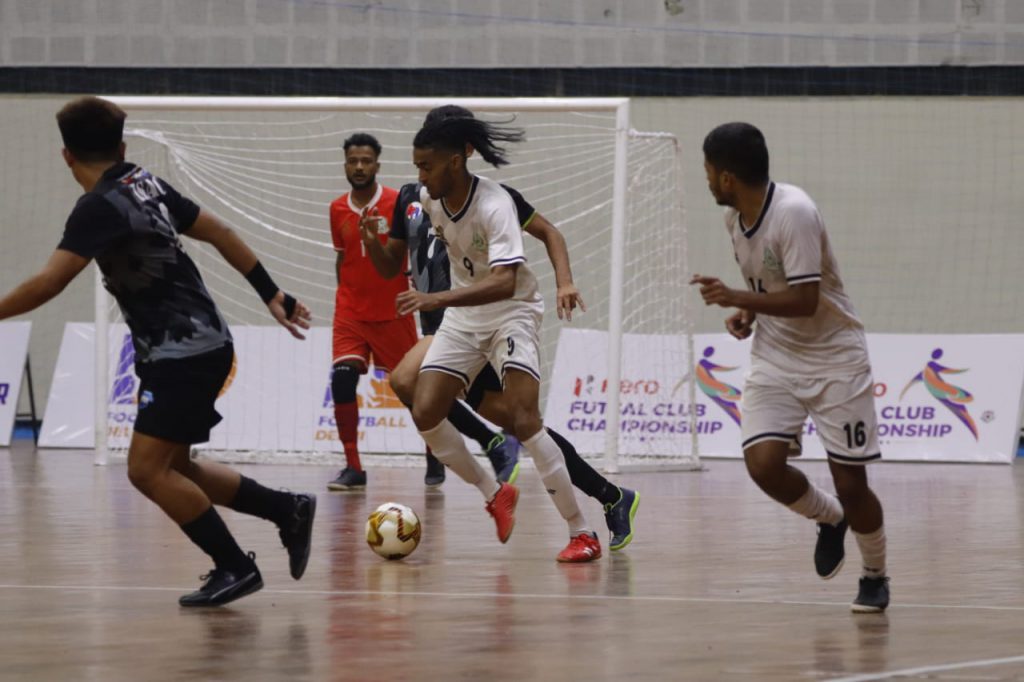 FF: What are the coach education goals of the AIFF to grow the game of futsal at the grassroots level so children, teenagers and young adults can enjoy futsal and one day either play at a higher level or coach the sport? Furthermore, working with the AFC when do you plan to launch your own futsal coaching qualifications and what are your uptake targets?

SM: We initially had an AFC Futsal Level 1 course conducted in the country in 2011 but there wasn’t much interest among participants. We re-started our Futsal courses in 2018, and during the pandemic we had online Introductory courses for Futsal which were very well received throughout the country. We have also introduced a session in Futsal in our E certificate courses. The idea is to start the game aggressively at schools and in communities. At this time, we have our own Level 1 Coach Educator to conduct Level 1 courses but we have to depend on AFC Futsal Coach Educators for Level 2 and Level 3 besides specialized courses in conditioning and Goalkeeping.

FF: The All-India Football Federation has been talking about developing futsal in India since Premier Futsal launched many years ago. You recently launched your first national competition, the Hero Futsal Club Championship. What were the successes of the competition, and what did you learn from the first edition to improve the second?

SM: The first Hero Futsal club Championship was a huge success. Each team who participated in the championship were the winners in their own states. The states organized their Futsal leagues for the first time, and the winners of the state leagues went on to participate in the Final Championship. We intend to build on from here and want more participation from the states. India is a vast country so state support and participation is very important to increase participation, the more states that get involved the larger the pipeline/pool of players we will have. We also target to kick-off the club licensing criteria as per the criteria of AFC. Clubs who wish to compete in the AFC Futsal Club Championships will have to meet these criteria in order to qualify for the competition.

SD: We at the All-India Football Federation have been thinking about the introduction of Futsal at the National Level for many years but due to the pandemic it got delayed. But we have been pushing our State Associations/ affiliate units to start their own Futsal championships at the club level. In 2021, we saw twelve State Associations start their Futsal league, I think that was a good achievement. Teams qualified through these competitions to the national finals. We had the 16 teams take part in Delhi.

The excitement level, actions, and response we got from the fans was very encouraging, obviously we weren’t able to allow fans in the stadium at the time, but on TV and on digital platforms, the viewership was very high. The quality of futsal was very good, and it was a tournament where everyone enjoyed starting from the fans, the players, clubs and above all the AIFF. That gives us hope and opens our doors for a bigger version of the competition in the coming years. (Watch the final below)

FF: All athletes dream of representing their country, this is no different for futsal players. When you look at the success of the Afghanistan national futsal team and U21 team in AFC futsal competitions, who wouldn’t have anywhere near the same budgets for development as the AIFF. What are the AIFF’s plans for international pathway development and entering your own national team into FIFA/AFC futsal competitions?

SM: To have a national team, we would need to have local leagues to start with, and this is a matter of time. We have already created our pathway to have national teams not only at the senior level, but also an U20 team. Similar to the developments of the men’s game, we would also like to delve into women’s futsal. We will only think of FIFA competitions after we have made our presence at the AFC level.

SD: Our aim is to play at the continental level, both at the international and club level in the AFC Futsal Championship (AFC Futsal Asian Cup), and AFC Futsal Club Championship. There is a process of qualifying into the AFC tournaments both for the team and the club. We are in touch with the AFC and trying to find when and how quickly the Indian teams can play at the AFC level. Hopefully, it will be very soon. But, as I have said there is a process for that, and we must follow it, the AFC has a strict criteria for entry. As always, we are extremely thankful to the AFC for their support. I am sure one day soon it will be a very proud moment for the players representing their clubs at the AFC Club Championship level, and to represent India at the continental level.