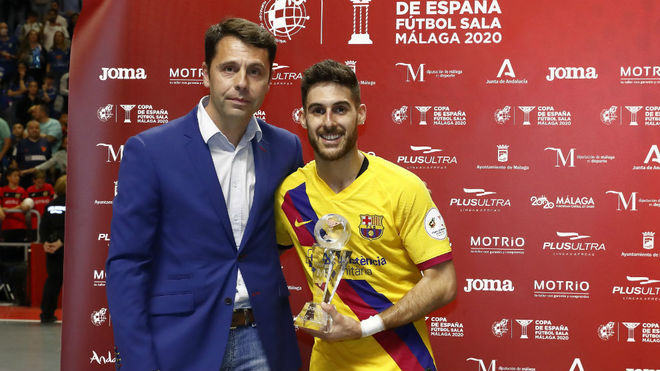 Barca player Adolfo has been chosen as the MVP (Most Valuable Player) of the LNFS 2019-20 season from the votes of coaches and the captains of the First Division teams. The 27-year-old wing thus completes a season in which he was also named MVP of the Spanish Cup, in addition to having been the top scorer in the League, equaled by Chino (Viña Albali), with 26 goals.

From Santa Coloma, he takes over from his teammate Ferrao as the most valuable player of the season and becomes the fourth player to win an award that Dyego also won in 2016-17 and Sergio Lozano in 2011-12 and 2012- 13, who in turn had been the last Spanish player to do so.

Adolfo, in addition, had been named revelation player of the LNFS in 2013-14. His coach, Andreu Plaza, valued the award on social networks: “This is the award for daily effort, sacrifice, perseverance, and humility of a total player. Without looking for the most media attention and without making noise. He accepts what you ask him and he only wants to play, he doesn’t care what, with whom and where. He is the heart of the team “.

Source of the article and video: Marca & LNFS