Brazil ahead of this year’s 2021 FIFA Futsal World Cup 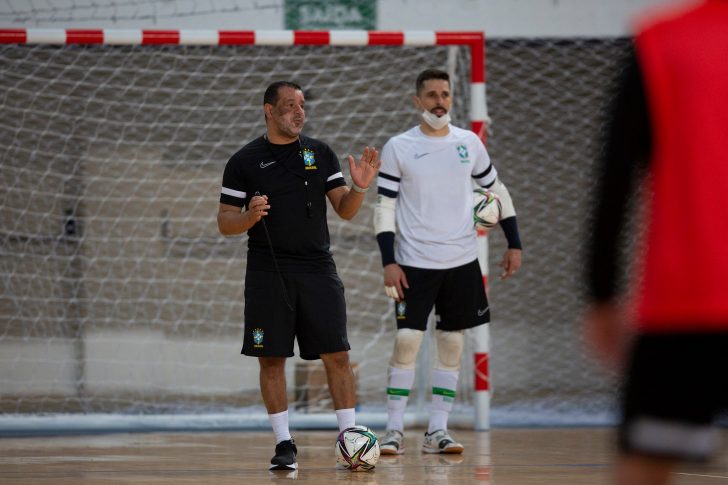 CBF took over the management of the Brazilian futsal team, let’s see what changes this has meant for the national team

In April, this year, the CBF officially announced that it will take over the management of the Brazilian futsal team, in addition to representing the sport with FIFA and Conmebol. The organization confirmed on its website. CBFS, which previously managed the sport, is experiencing many financial problems, which made its work difficult. This is a very important step for the development of the structure of Brazilian futsal, since from now on, all the logistics and administration will be handled by the CBF, as well as sponsorship, registration and player transfers. With this, the team will use Nike for the kits.

The change in structure/ management, however, does not affect the organization of national competitions (National League, Super Cup and Taça Brasil, for example), which will continue to be administered by the CBFS, which will have its legal, administrative and autonomy safeguarded, in addition, to its economic and financial independence from the CBF, as stated in the published minutes.

It is worth remembering that in 2017, CBF had already acted in the management of the Brazilian futsal team, through a partnership that involved Grupo Águia, a sports marketing company, and CBFS itself. However, the agreement was broken in less than six months.

See below the minutes released by CBF: 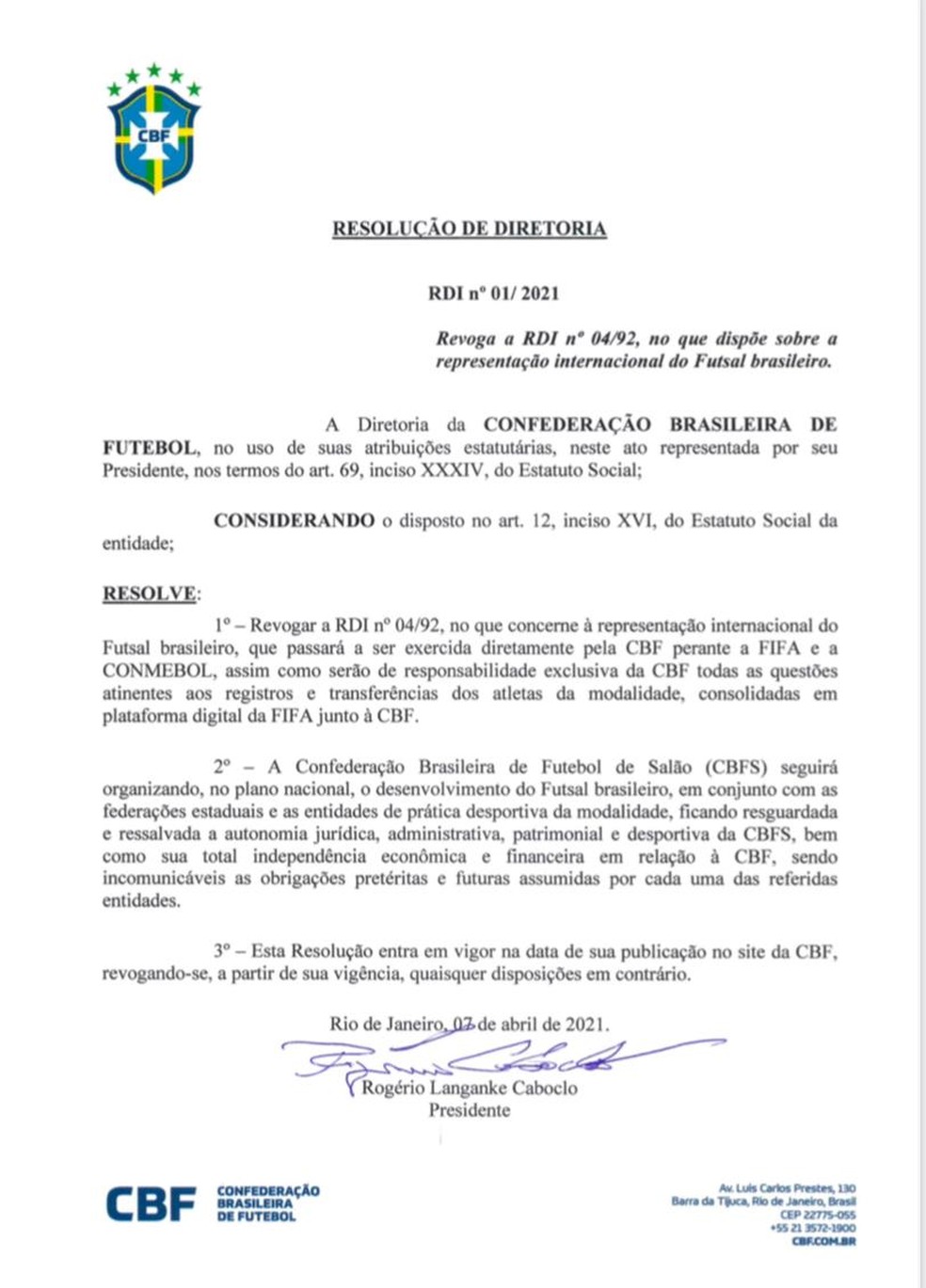 Earlier in the month, during a press conference held at the headquarters of the CBF, in Rio de Janeiro, head coach Marquinhos Xavier released the list of 16 athletes who will represent Brazil in the 2021 FIFA World Cup.

To go in search of their sixth World Cup, Marquinhos Xavier has bet on a mix – eight of the 16 players called up play are based in Brazil, while the other half compete in European futsal leagues. 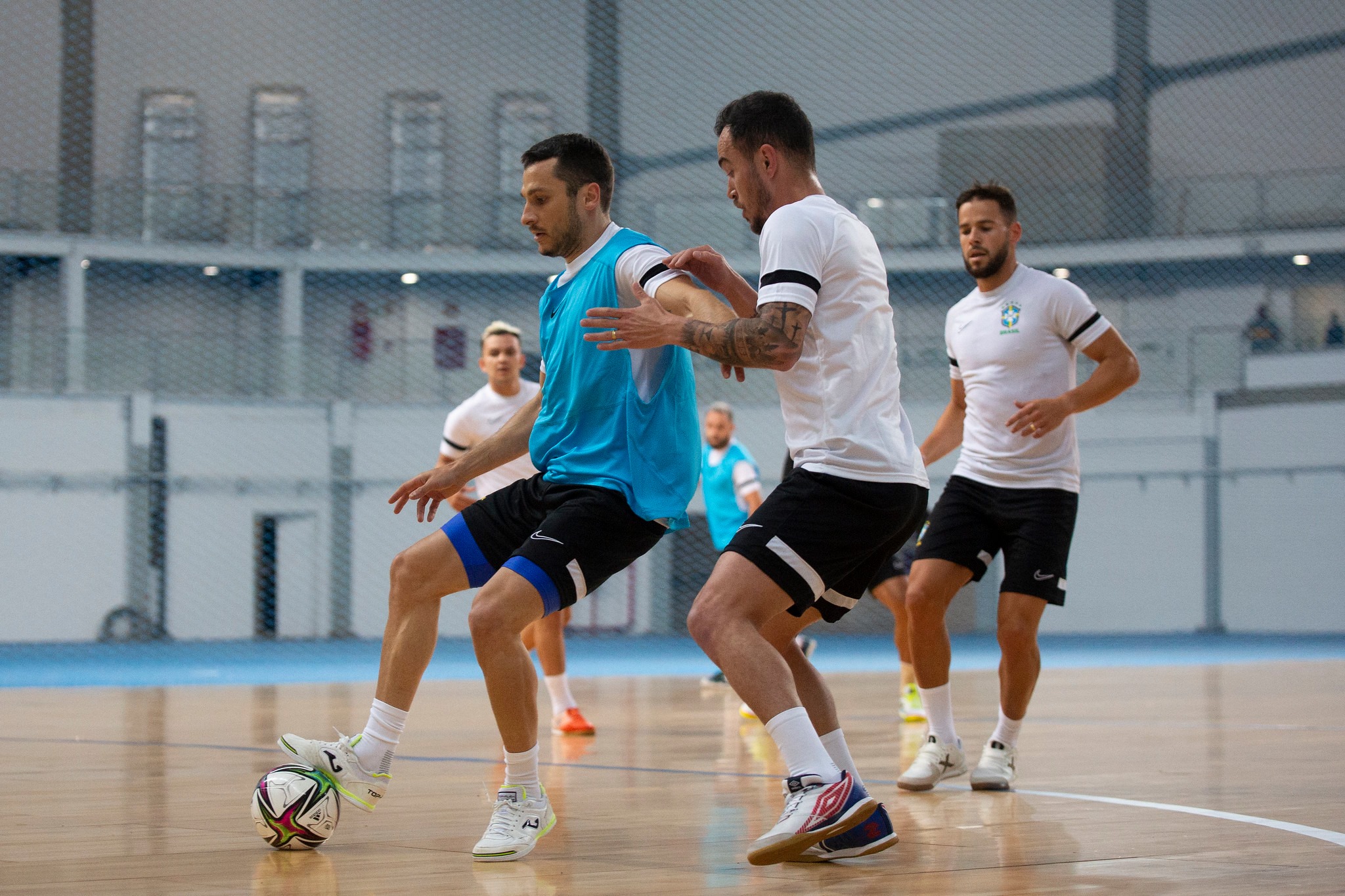 Speaking with media head coach Marquinhos Xavier said, “We have to be humble, we know that countries evolve. On the other hand, we have a hegemony to defend, which is the history of our futsal. We have an extremely capable team to seek this title. We are going with the desire to bring this title for Brazil. But always respecting the growth of other countries, we have strong competitors. Our mission is to focus on what we have to do, on our capacity to develop a great futsal and bring, once again, this important achievement,” he highlighted the coach of the national team.

The World Cup will be played between September 12th and October 3rd. Holder of five titles in the competition, the Brazilian team opponents in Group D are the Czech Republic, Panama and Vietnam.  The preparation of the team is in full swing! Up to this point the team had been training at the Granja Comary academy, a world class facility, with not a ball insight focusing on their strenght and fitness. First contact with the ball came on Friday 13th, and Saturday 14th, coach Marquinhos Xavier’s team returned to Arena Carioca, in Rio de Janeiro’s Olympic Park. Canarinho’s pivot, Rocha praised the level of intensity presented during training.

“The work that Marquinho and all the staff is giving us has been very intense. From the start, he wants to pass everything. That’s good for us, we want to catch the entire defensive and offensive tactical pattern. This is part of the process. We are giving as much as possible so that when we get to the Worlds, we are well prepared”, said Rocha.

In an interview on the CBF website, Rocha commented on the high-level competition for  a starting place the Brazilian team. The pivot, praised his fellow players and stated that healthy competition only has to add to Brazil’s ambition to compete, and win the World Cup. The rivals Argentina are the current holders.

“The competition for a place is very healthy, with good competitors. We have a lot of high-level athletes, the best in the world. The only ones who stand to gain from this are us, and even more so Marquinhos Xavier and his team, as well as Brazil. We’re dealing with the work, day by day, working to show the teacher service, so when the friendlies and the official World Cup games arrive, we’ll be well prepared. The coach will have headache when choosing but that is good to have”, he opined. 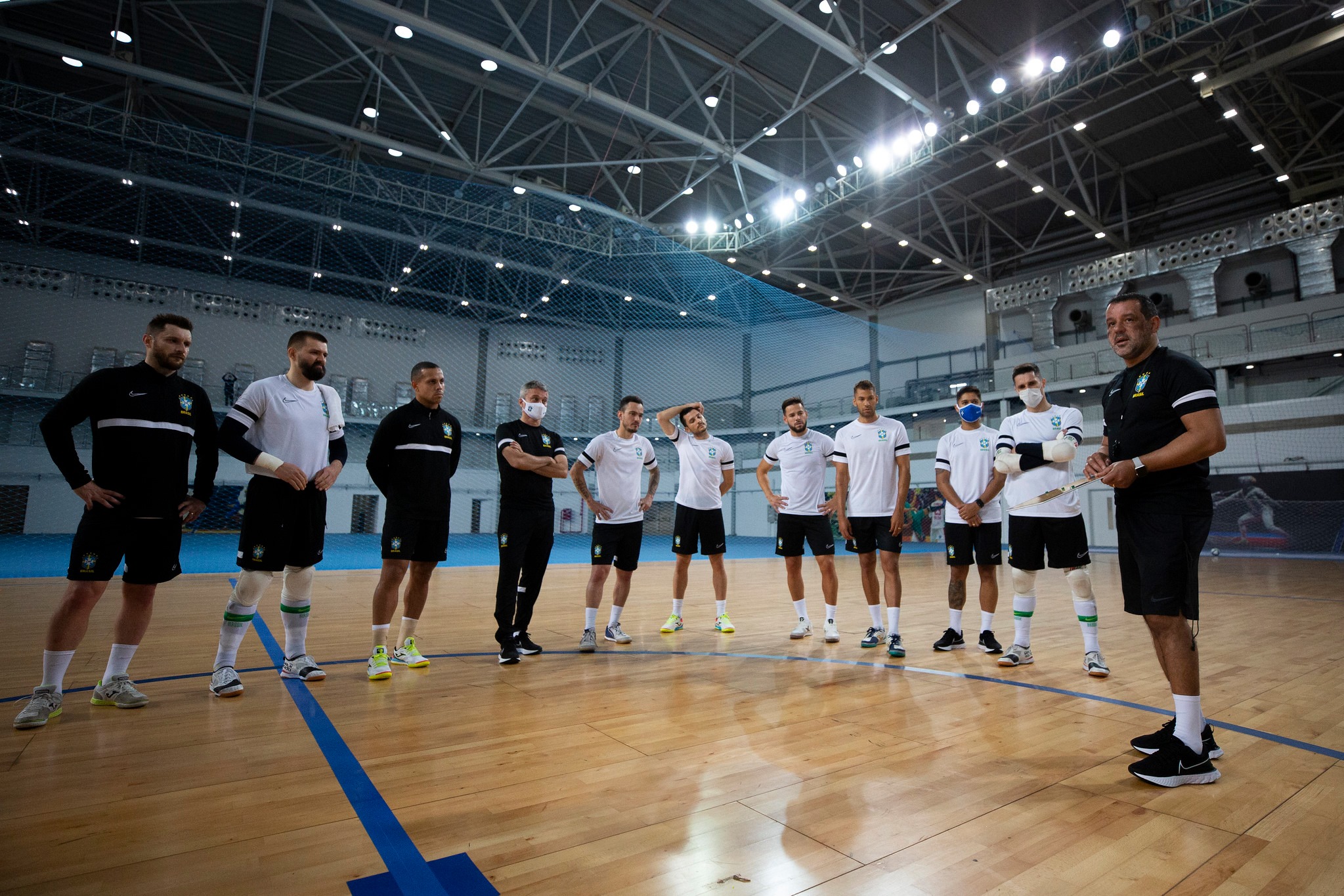 The structure of the Olympic Park in Rio de Janeiro was provided by the Special Secretariat for Sports of the Federal Government to the CBF to carry out the preparation for the FIFA World Cup in Lithuania. Brazil will use the Arena Carioca to train until the 25th. Three days later, the team will travel to Poland for four friendlies. Brazil will face the hosts twice, on the 2nd and 4th of September, and will also face Serbia twice, on the 6th and 8. The following day, the squad will go to Lithuania to compete in the FIFA Futsal World Cup.