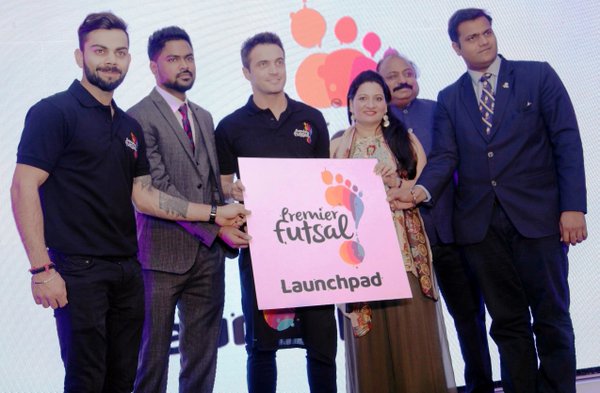 Premier Futsal on Wednesday inked a deal with Brazilian Futsal legend Alessandro Rosa Vieira, popularly known as Falcao. This development marks a major signing for the first-ever multi-national league ahead of its inaugural season. 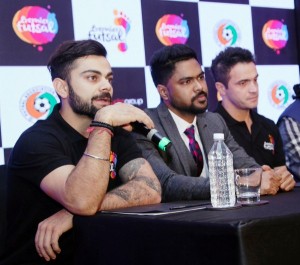 Premier Futsal president Luis Figo said, “Falcao is a player I really admire. He is incredibly gifted in his talent and has been a wonderful ambassador for the sport globally for almost two decades now. In fact, futsal is almost synonymous with the name Falcao. For many years, the entire football community has watched in awe of Falcao’s abilities on the Futsal court. Finally, Premier Futsal will provide the opportunity to see best of both worlds in action on the same pitch.”

Chairman Xavier Britto said, “Signing a player of Falcao’s stature is a major win for us as we prepare for Premier Futsal’s inaugural season. Falcao is bigger than the sport itself and his arrival will open the floodgates for other international players. We are delighted to have him on-board.”

“I’m extremely excited to be competing in the inaugural season of Premier Futsal. The league holds a lot of promise and has the potential to grow what is a truly spectacular, fast-paced sport. This event could have a major impact, not just in India but globally. Personally, I’m really looking forward to testing my skills against not just the world’s top Futsallers but also the top football players in the world,” Falcao said. 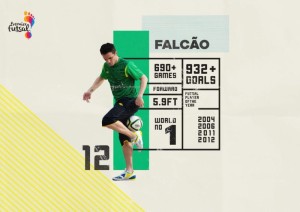 If you like this article and would like to keep updated on Futsal news, developments etc then please submit your email below in the Newsletter section. And, by clicking on the Subscribe to Futsal Focus option on the header.