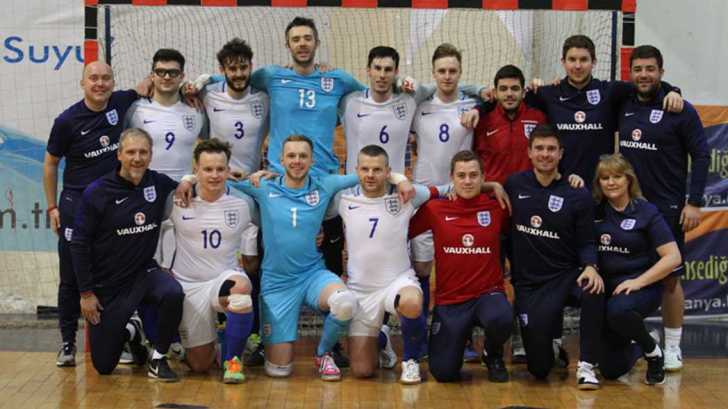 Courtesy of the FA.com, England won a bronze medal in the B2 B3 European Futsal Championships by beating hosts Turkey 1-0 in front of a hostile home crowd.

The Three Lions got on the front foot from the kick-off and took the lead after only 15 seconds, with Paul McHugh on hand to finish off a move at the far post following some great work by John McDougal on the right.

From there, England controlled the game through some very well organised defending and looked dangerous on the counter-attack with Adam Lione, Steve Daley and Harry Gibbons all going close.

Turkey were restricted to only a couple of half chances and when called upon, goalkeepers Dylan Malpas and Dan James easily coped with any threat.

Josh Pugh was again outstanding in providing England with a solid base from which to operate and was immense in his defensive duties as the Three Lions secured third place.

Having beaten finalists France and drawn with eventual winners Ukraine, the England squad can now look forward to next year’s World Cup with great excitement.

It was also a memorable match for Daley, who picked up his 128th cap in the game to become England’s most-capped player at this level. 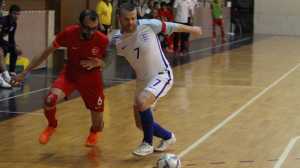