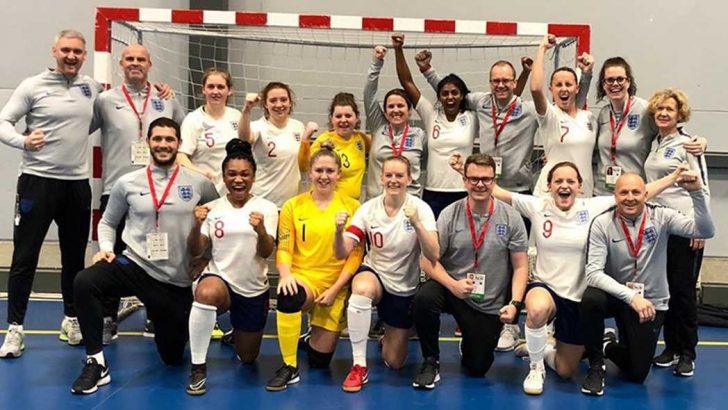 England men’s deaf Futsal team finished ninth out of 16 nations at the European Championship in Finland this month and in the women’s tournament their team finished fourth, the Republic of Ireland took the sixth spot and Poland won the tournament. 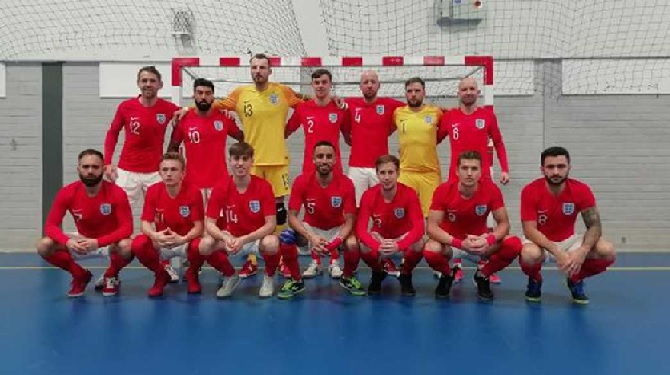 Coaches Paul Harrison and Leon Marcos led the men’s squad into the tournament in Tampere which saw the Three Lions play a total of six games across the week. And they couldn’t have had a harder start to the competition as they kicked-off against Europe’s top nation, Russia. But despite goals from Jamie Clarke, Daniel Hogan, Adam Breeze and Philip Swift, England couldn’t prevent a 9-4 reverse.

They responded well in their second group game though, as England put in a fine performance to beat Bulgaria by 6-3. They showed their resolve to come back from being 3-1 down too, to beat the eighth-ranked team in Europe courtesy of goals from Hogan (2), a Clarke hat-trick and a Nathan Jackson strike.

Sweden were the final group opponents, but despite another Clarke goal, England went down to a 6-2 defeat with a Swedish defender scoring the other goal. Again, England showed their character to bounce back with a 5-0 win against Turkey in their next fixture and then a 6-4 victory over Norway thanks to a brace apiece for Clarke and Breeze and a goal apiece for Jonathan Atkinson and Davut Jarchlou. That result set up their final placing game against the Dutch and England ended the competition with a third straight win, as they clocked up a 4-2 scoreline after two more for Clarke and goals from Atkinson and Breeze.

England’s women team won their group with a 100% record, defeating Netherlands with a Louise Hogan effort, Denmark (7-2) as Emma Brown hit a hat-trick and Lhathini Pushpaligham bagged a brace and Russia 6-0, against whom Brown scored two more goals.

Republic of Ireland also reached the last eight having hit Norway and despite losses to Germany (8-5) and Spain (5-2). England fought back from two goals down to defeat the Irish 5-3 as Hogan claimed a treble but went down 7-1 to Germany before losing the bronze medal match 9-3 to Spain.

Ireland edged Sweden 4-3 before their campaign ended with a 2-1 reverse against Russia in the 5th place playoff.

Poland were champions when just getting the better of Germany in an eleven-goal thriller.

The top eight European sides all qualify for the 2019 Women’s Deaf Futsal World Cup, which will be held in Winterthur, Switzerland from 9-16 November.