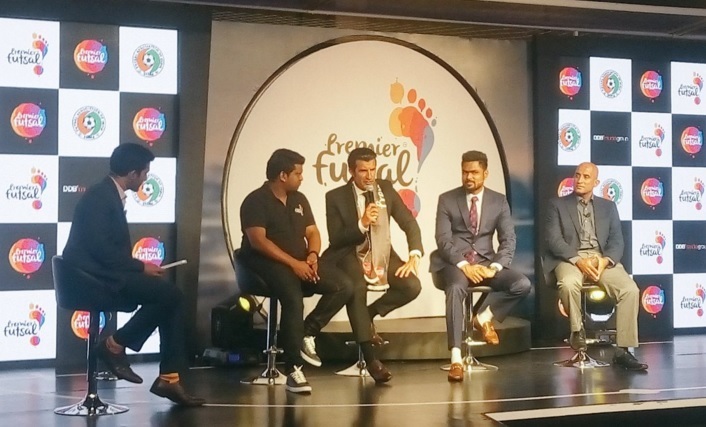 Expressing concern over the proposed Premier Futsal league announced on Tuesday with great fanfare in India and by former Portugal football star Luis Figo, the world governing football body FIFA has shot off a letter to the All India Football Federation, it has been learnt.

“FIFA’s head of events, Jaime Yarza, has sent a letter to the AIFF expressing concerns over a non-affiliated group having announced the Premier Futsal League which has not been sanctioned by them,” a source privy to the development told PTI on Wednesday.

On Tuesday, Figo launched the five-a-side Premier Futsal League featuring eight city-based franchise teams which is to be held in the country from July 15-24.

Figo, who played with distinction for top Spanish sides Barcelona and Real Madrid, will be the president of the first-ever Futsal league, started by Indian entrepreneurs under the entity Premier Futsal Management private limited, it was announced at a media conference here.

The Premier Futsal League tournament is to bring together 56 top Futsal players from 21 countries across the world with each franchise team comprising three international players, one international marquee soccer player and one Indian player.

Each squad would be made up of 12 players.

The League, in association with Futsal Association of India, would launch a talent programme across the eight cities to identify five regional players of each team. The eight cities/states having franchise outfits are: Delhi, Mumbai, Kolkata, Chennai, Bengaluru, Kochi, Hyderabad and Goa.

Figo, the 43-year-old former FIFA World Player of the Year, said that it was a new challenge for him and he looked forward to succeeding in it as he had done as a player earlier. “It’s a new challenge and adventure I have taken up, which I hope to make as a success and that’s why I said yes to this new project,” he told the press conference.

“People love soccer and cricket out here. India has a huge population, a huge market and it offers a huge opportunity for doing sports events with great success. I am doing something positive for the sport and the country and my experience as a soccer player will hopefully help me in this development,” said Figo at the launch.