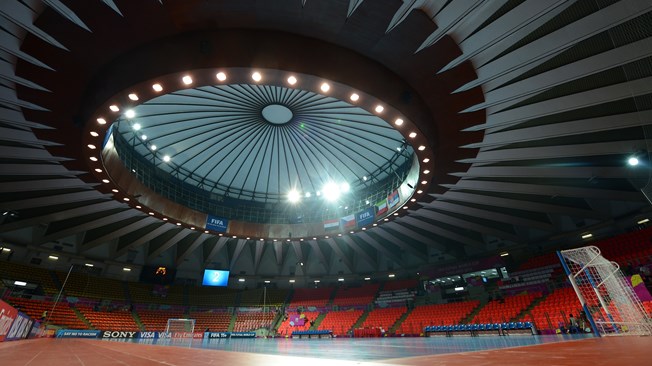 Showcasing the global appeal of Futsal as well as the widespread interest in hosting a FIFA competition, Member Associations from all across the world have thrown their hat into the ring for a chance to host the FIFA Futsal World Cup 2020 as the bidding process moves into its next phase.

A record 13 Member Associations have stepped forward, spanning five Confederations, registering their interest in bringing the FIFA Futsal World Cup tournament to their country in four years’ time. The full list features Costa Rica, Croatia, Czech Republic, Egypt, Georgia, Iran, Japan, Kazakhstan, Lithuania, Netherlands, New Zealand, the United Arab Emirates and USA. The only continent not to have a nation in the running is South America, who will be seeing the competition arrive on their soil at Colombia 2016 – which kicks off in September.

Having expressed their intent, the Member Associations can now expect to receive bid packs which include further information regarding the bidding process and the requirements to host the event, with the next step being them solidifying their commitment, with formal declarations of interest needed by 6 May.

The 2020 FIFA Futsal World Cup tournament will be the ninth edition of futsal’s premier competition, which has thus far been played on four of the six confederations, since beginning life at Netherlands 1989. A record 122 Member Associations competed for a place at Colombia 2016, where the 24 top sides from across the globe will fight for the title that Brazil won for a record fifth time in Thailand four years ago.