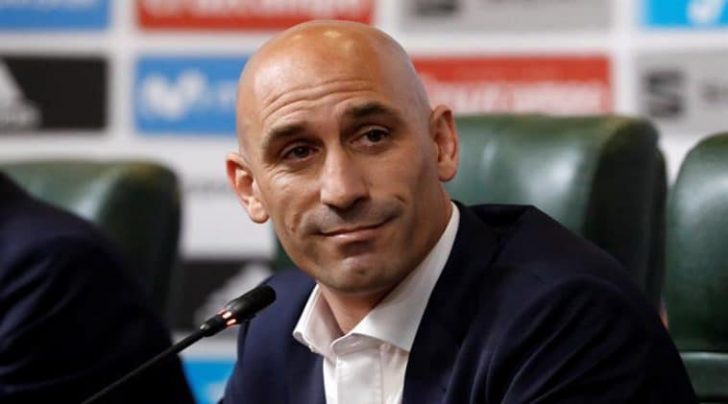 Judge summons Luis Rubiales to testify, along with other high-ranking officials of the Federation, as investigated for the emission rights of futsal matches.

Specifically, the chief judge of the Court of First Instance and Instruction No. 8 of Majadahonda has agreed to attend to the claims presented in his court by Javier Lozano, president of the National Futsal League (LNFS).

In addition to Rubiales, Andreu Camps i Povill, Fernando González García and Jose Luis Carretero Lestón appear as defendants for the alleged commission of the crimes of prevarication and coercion. The judge, in her order for admission to proceedings, understands that the facts denounced by Lozano allegedly committed by the federal leaders must be investigated. The complaint refers to the defendants’ decision to initiate “repeated unfounded disciplinary proceedings against the complainant, with the sole purpose of undermining his honor.”

As stated in the complaint, “prior to the start of the 2018/20019 season, the League announced on the media that it had sub-licensed the rights to broadcast the matches of the official futsal championships to the entity Mediapro Sports SL., Owner of the Gol Television channel, which is the platform from which the meetings are broadcast. From this precise moment is when, in an improper, unjust and above all contrary to law, a whole institutional maneuver is launched from RFEF to cause the rupture and bankruptcy of the contract signed on September 5, 2018 between the National Futsal League (LNFS) and La Liga; and the departure of Javier Lozano from the LNFS presidency, being replaced by some RFEF acolyte, who fulfilled Rubiales’ mandate and thus immediately resolve the merited contract, “says the complaint to which EL MUNDO has had access.

The magistrate has seen a criminal appearance in the facts related in the complaint, and will proceed to investigate them. Luis Manuel Rubiales, President of the RFEF, Andreu Camps i Povill, Secretary General of the RFEF, Fernando González García, Instructor Judge of the RFEF, and Jose Luis Carretero Lestón, sole judge of competition of the RFEF, who must go to the Court, and be instructed of the rights that assist them as such.

In the Lozano complaint admitted for processing it is explained: “Since the prelude to the summer of 2019, RFEF, through each and every one of the defendants, verifying that the product of futsal has reached a commercial market value, and that LNFP (sublicense Mediapro Sports SL) is the assignee of the exploitation of the audiovisual rights of the parties, launched a series of coordinated measures among themselves to, as has been stated, achieve the breakdown of the contractual relationship and the exit from the plaintiff of the LNFS presidency. ”

Thus, he details that in the summer of 2019 a meeting was held in a Madrid hotel between Rubiales and the representatives of four Clubs belonging to the Association: Jaén Paraíso Interior, Servigroup Peñíscola FS, Movistar Inter and Pescados Rubén Burela, “coincidentally the same four Clubs that have contributed to Mr. Lozano’s lynching and permanent discrediting strategy, orchestrated by RFEF At this meeting, without modesty or reservation, not only was the roadmap to be followed by Rubiales expressed to the four Clubs present, but that, in addition to asking them to collaborate in their deplorable objective, he promised them a reward with certain potential charges in RFEF or in the LNF, “adds the complaint now admitted for processing as the first episode of the alleged harassment and persecution against Lozano.

During the thirty pages, it is broken down a series of meetings and meetings aimed, according to the complaint, to achieve the exit, in one way or another, of Lozano, from his position. Despite these allegations and criminal investigation taking place, Luis Rubiales could still be re-elected president of the Spanish Football Federation (RFEF) on August 17.

RFEF’s board of directors will meet on June 10 to approve the electoral calendar for the federal presidency and if all deadlines are met the process could end on the aforementioned date. The National Sports Council (CSD) have made a motion to speed up the process in the month of August.

RFEF’s first step should be to call for elections in each of the sectors that comprise the Assembly and then do the same for the president the Delegate Commission. Rubiales has already openly declared that he wants to run for re-election, while Iker Casillas, who shared his intention to stand for president, has yet to make a definitive statement.

The translation was done online, any discrepancy, you can see the original article here