Futsal success in Nottingham with over 1000 attending Varsity Final 2018 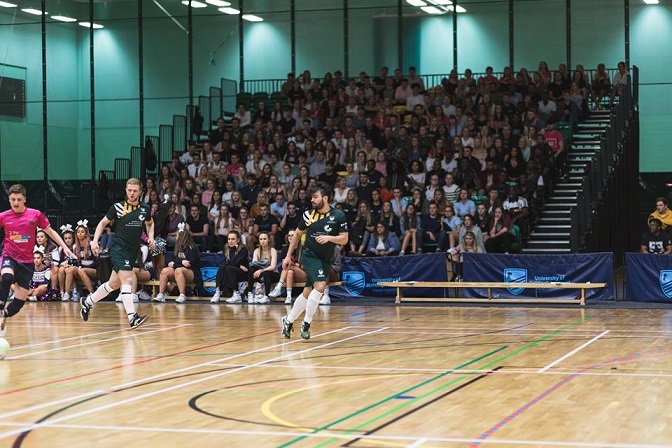 The University of Nottingham Futsal Club has enjoyed a fantastic season of success on and off the court. The University of Nottingham Futsal has always shown ambition to develop the sport. Previously their coach was Roger Augusto former coach of Sporting Club de Paris (France), FK Balticflora (Czech Republic), FS Melilla (Spain) and SL Benfica (Portugal) amongst others. His spell with Sporting Club de Paris saw him take the club to the UEFA Futsal Cup Elite Round, whilst he lead SL Benfica to be runners up in the UEFA Futsal Cup in 2003. Furthermore, the club has travelled to Croatia and Northern Ireland to compete in International tournaments.

This year, the club’s Head Coach is Marc Forrest who joined with a fantastic reputation as one of the most exciting and highly respected futsal coaches in the UK. Marc has experience of working at the International Futsal Academy during his time reaching the FA National League Futsal Grand Finals, Two FA Futsal Cup Finals and Two BUCS Championship Futsal Finals. Most recently he was Head Coach of Loughborough Academy, reaching the FA Futsal Cup Finals, the first development team to do so in the history of the competition.

Head of Women’s Futsal at The University of Nottingham is Tanya Oxtoby, who is an AFC A License qualified coach and is currently Assistant Coach for Birmingham City Ladies. Tanya’s previous roles include Head of Development at FA Women’s Super League side Notts County Ladies and are the Former Team Manager for Nottingham Forest Senior Women’s (Season of 2013/14). Captain of Perth Glory FC from 2008-2012, Tanya has also played top-level women’s football for Doncaster Rover Belles.

With full-time coach Marc Forrest leading the programme, players benefit from a strong performance environment including state-of-the-art playing and support facilities at the £40 million David Ross Sports Village, nutritional advice and sports psychology training.  Futsal players studying at the University of Nottingham join a unique performance programme; as well as a large British Universities and Colleges Sport (BUCS) programme and get to compete in the FA National Futsal League. 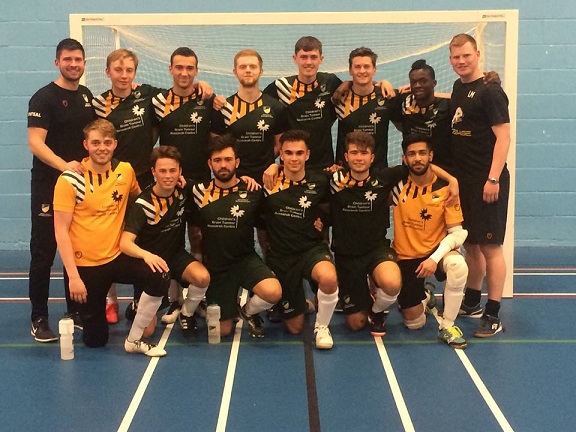 PROMOTION!! UoN Futsal win 20-1 away in their final play-off match against the University of Stirling to earn promotion to the BUCS Futsal Premiership for the first time in University of Nottingham history.

The University of Nottingham Futsal has enjoyed much success this year, the club achieved its first BUCS Futsal promotion in the University and club’s history, BUCS A1 League winners, a record 372 players tried out for the Futsal first team. 51 players represented BUCS first team or progressed to a higher team in the pathway. The club were FA National Futsal League runners-up, they had their first England Futsal International player and their first England Futsal age group international players.

The University of Nottingham Futsal recently hosted the biggest Futsal event ever in the U.K at Varsity Final against Nottingham Trent University with over 1000 attending. And along with welcoming England Futsal Senior International, Mark Croft, to lead a GK session with a selection of the club’s goalkeepers, Croft currently plays professionally in Italy Serie B with ASD Volare Polignano. The club will also host an International Futsal Goalkeeping event world number one goalkeeper, Paco Sedano who plays for Fc Barcelona. 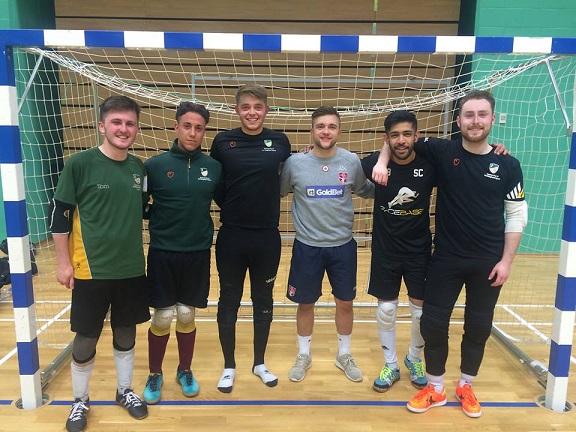 The main picture was taken by Ana Mihajlovic.