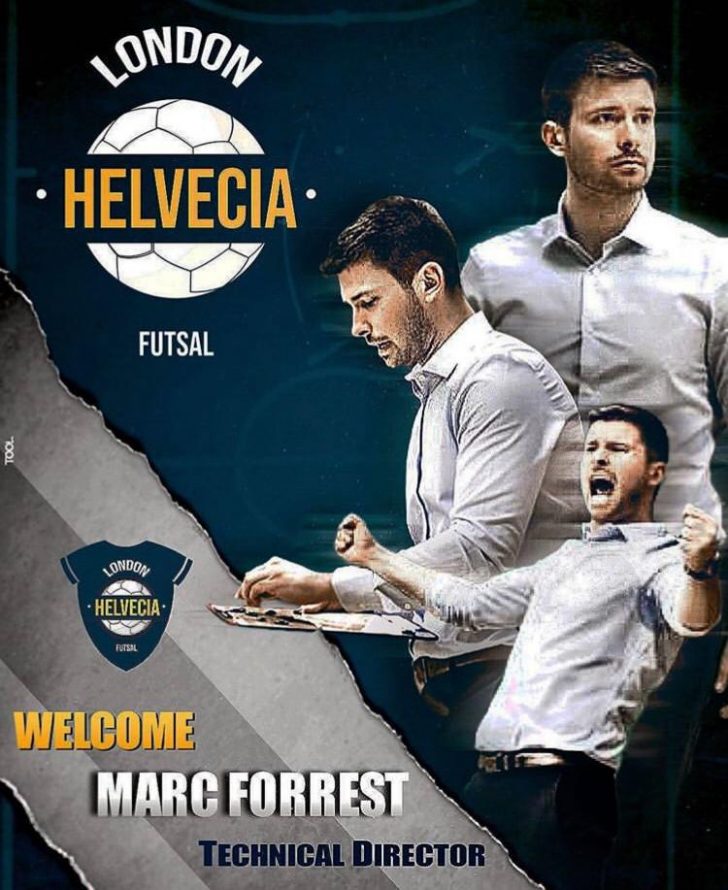 The career direction of Marc Forrest keeps going up and up.

Marc has developed his coaching knowledge through various experiences which include the International Futsal Academy at Loughborough University, the University of Nottingham and was Head Coach of London Escolla Futsal Club. Further he has gained further experience with the England Futsal national set-up as part of the England’s Partially Sighted team’s coaching staff. Plus, as an FA Tutor for Futsal coaching courses level 1, 2 and the UEFA B.

Now, Marc has been appointed Technical Director at England’s most successful domestic Futsal club, London Helvecia Futsal Club. When he announced his appointment to the new role he posted:

A fantastic club with great history, gifted and experienced players. Ready for the challenge ahead with the ambition to reach an 8th UEFA competition amongst others as we strive to improve and evolve.

Looking forward to contributing to the great work of the club aiding the performance and development of London Helvécia Futsal Club Men’s and Women’s first team.”

This appointment is a great opportunity for Marc and Helvecia, Marc is an ambitious coach and now part of an ambitious team. He follows a coach who was very successful with Helvecia, Leandro Afonso but the club has done excellent work to attract Marc to their project.

It will be interesting to see where Marc’s career leads him next, will he be offered a national team role with a nation in Europe or be one of the first English coaches to coach a club at the highest level of European Futsal?? Who knows where his ambition will take him next? But, for now, he has a great opportunity with Helvecia and we wish him the best!!