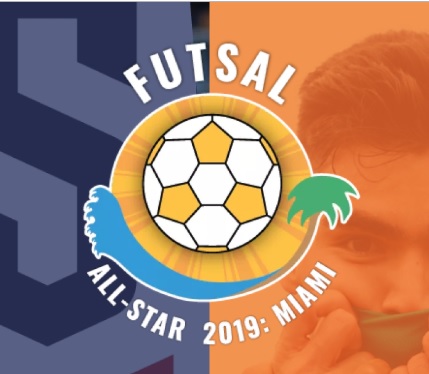 National teams from Brazil, Argentina, Mexico, and U.S.A were supposed to take part in the Futsal All-Star 2019 event at Marlins Park in Miami on September 23-24. However, last week it was announced that the event had been canceled and Futsal Focus reached out to our contacts in the United States to find out what had happened.

This is not an official statement by Protege and promoter Rodney Henry who had booked the event but from Otto Orf who was helping to deliver the event. This is what Otto had to say about the events that transpired:

In July, when I was made aware of the opportunity for the US to be involved in hosting this historic futsal event so I jumped in and devoted my time, resources and contacts to help assure that the event would be a success. Working with a trusted friend from Argentina (Andres Perez Torelli) who gathered the contracts with the various national teams, I worked on the run of the show and its game operations.

Together we pooled all of our resources to help spread the word around the country and abroad. Within the next few weeks, I had secured sponsors to provide the goals and the balls, a company to truck in and install the flooring and FIFA Referees from Canada, France and both FIFA officials from the USA. I was working with the Marlins stadium staff who was extremely professional and helpful and we had the nuts and bolts of the actual game set-up all taken care of.

Andres and I worked on the logistical side and then we also connected Rodney with soccer clubs and contacts on the ground in the Miami and South Florida area. I also arranged for a promotions group, Royal Heir Productions, to work the event and they booked talent for a small concert and the national anthems and started boosting the social media and online promotions.

At this time when everything was starting to come together nicely it was announced that Hurricane Dorian would strike southern Florida. The rain persisted for a few days, some people were boarding up houses, buying supplies and evacuating the area. The concerns of the general public were not focused on the futsal event, to say the least, and the grassroots marketing efforts came to a virtual standstill during this crucial time.

According to the information I have been able to gather it was at this time that a decision had to be made. If the hurricane came into the Miami area it would, of course, affect the event directly. If it missed Miami or had only a slight effect on the loss of the 2-3 week window that consumed the general public’s focus had already reduced the effectiveness of any marketing efforts. Therefore, before all of the airline tickets were purchased and the full financial commitments were made to the Florida Marlins the event was canceled by the promoter.

When you ask me about the choice of venue, I know when announcement was made there were a lot of people surprised with the choice and its size. I was not involved at the time the city or venue was chosen by Mr. Henry but I was aware of the outdoor event held in Brazil a few years ago. From our early conversations Rodney seemed convinced he could make this happen with his marketing team, the Marlins and the city of Miami as his partners.

I don’t believe that there was any ulterior motive or underhanded dealing involved in the cancellation of the event. It was a confluence of bad circumstance that absorbed much of the necessary and very limited time that was available to promote and sell tickets for the event.
If the events and weather had been slightly different our goal was to reach 8-10,000 people per game and have the largest crowds for a Futsal match to take place in the USA to date.

The unfortunate result is that our futsal community is deprived of a fantastic and historic event. I know that those who are passionate about the game will rally once again around the next opportunity and I can only hope that the rest of the international community will continue to support us.

If you like this video and the information provided, you can read more articles about global futsal by going to the top navigation bar or click here

If you like this article and would like to keep updated on Futsal news, developments, etc. then please submit your email below in the Newsletter section or by clicking on the Subscribe to Futsal Focus option on the header.