Paul Scholes signs for the Premier Futsal League in India 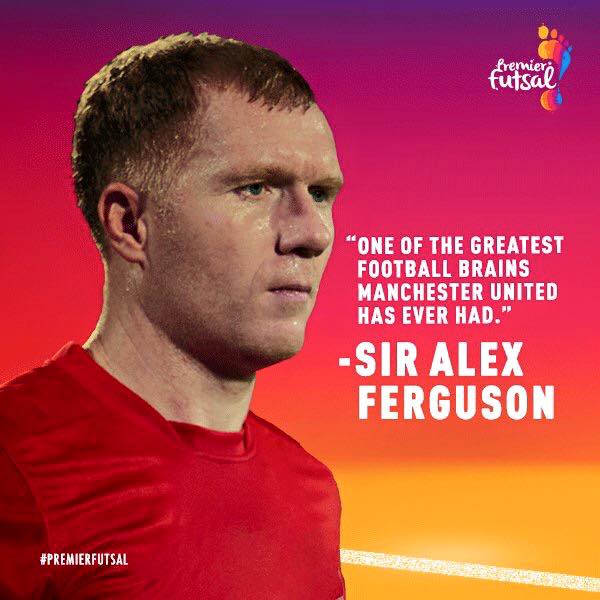 Former Manchester United star Paul Scholes has signed a marquee deal to play for the next three editions of Premier Futsal, with the inaugural season scheduled to be held next month, the League announced on Thursday.

“Futsal is a fascinating format that has played a pivotal role in developing the skills of some of the greatest football players. I have seen Futsal grow not just back home, but also across the world and I have played in a few of those tournaments,” said the former midfield ace who won 11 Premier League titles and two Champions League trophies during his stint with the famous English club.

“Premier Futsal will be a great way to introduce the sport to India and I’m looking forward to meeting the fans across India who I know are some of the most passionate in the world,” said Scholes who appeared 718 times for Manchester United during an illustrious career spanning 22 years.

The league has already unveiled Alessandro Rosa Vieira, the sport’s most renowned player fondly known as Falcao, and 19 other international futsal stars earlier, including ex-Portugal star Deco who was the first marquee signing.

Scholes has become the second of the eight marquee players who will be a part of Premier Futsal commencing on July 15, the release said, adding players would be allotted teams through a player draft which is slated to take place later this month.