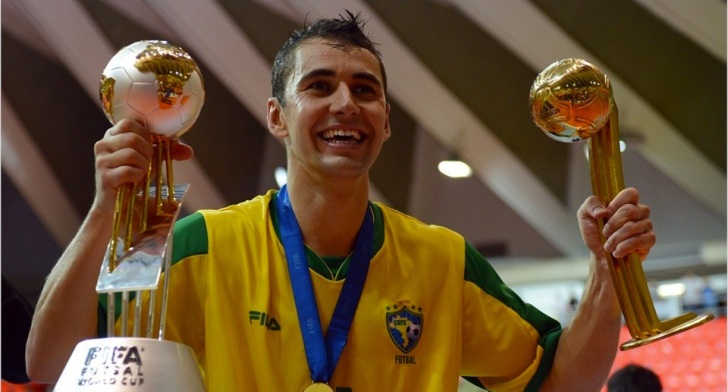 Premier Futsal has signed a battery of decorated top futsal internationals from around the world to compete in the sport’s first-ever multi-national league starting on July 15.

All players have committed to competing in Premier Futsal for five years and will be assigned a team in the upcoming player draft scheduled for later this month.

Premier Futsal Co-founder & Chief Executive Officer Abhinandan Balasubramanian said, “This is a massively exciting announcement for Premier Futsal. To have some of the sport’s most celebrated stars committing to play in the league not for one but five years is a massive vote of confidence for us.

“There’s some real momentum behind us now and we are looking forward to what promises to be a cracking inaugural season with a whole lot of anticipation.”

Premier Futsal, promoted by Xavier Britto of Indev Group, is the world’s first-ever multi-national Futsal league and promises to bring the legends of football and futsal together for the first time.

Led by the ‘Pele of Futsal’ Alessandro, the league will feature over 50 International Futsallers from four continents and 21 countries. Each franchise will be assigned a marquee international player, seven international and five Indian Futsallers through a player draft.
The league will be telecast live and exclusive on Sony SIX, SONY ESPN and Sony AATH. Matches will also be available to live stream on Sony LIV.