Pito completes the ideal LNFS team of the 2019-20 season 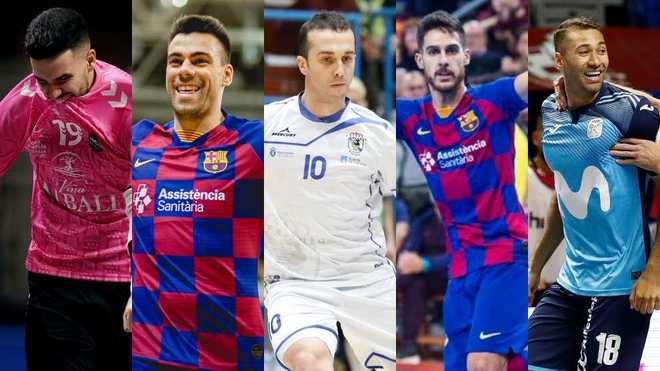 The captains and coaches of the First Division teams have chosen during their ideal team of the 2019-20 season in the LNFS this week. After the appointments of Edu (Viña Albali) as best goalkeeper, Sergio Lozano (Barça) as best closing and Adolfo (Barça) and Adri (O Parrulo) as best wings, Pito (Movistar Inter) completed the ideal team as the best pivot.

The Brazilian, who was named the best pivot in his own country in 2015, achieved this recognition in his first campaign with the Madrid team, with which he conquered the League by contributing 13 goals – two of them in the final – in the 22 games played.

Now it remains to be seen who will be the MVP of the season which Pito, Adolfo and Chino (Viña Albali) aspires to, and who will win the award for best coach which is between Tino Pérez (Movistar Inter), David Ramos (Viña Albali) and Diego Ríos (Levante), we wait with anticipation for both announcements.