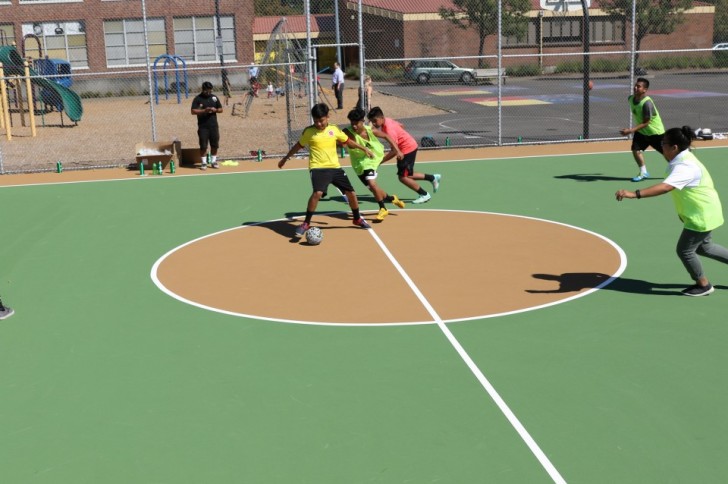 Recently, we posted about Keith Tozer the Commissioner of the Professional Futsal League launching in the United States of America,  unveil a Futsal community stadium/ hub in Milwaukee, Wisconsin in his role as the President of the Wisconsin Sports Group. This week in Portland, Oregon another Futsal court was unveiled by Major League Soccer team the Portland Timbers and their partners, Operation Pitch Invasion. 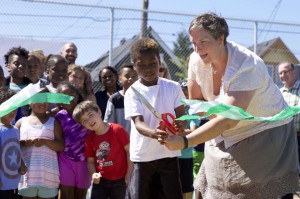 The full release from the Timbers is below:

PORTLAND, Ore. – As part of the Fields For All partnership between the Portland Timbers’ community initiative, Stand Together, and Operation Pitch Invasion (OPI), King’s Court was unveiled today at Martin Luther King Jr. Elementary School. Additionally, Stand Together provided a $25,000 grant to Active Children Portland in May, helping to provide sustainable programming for the fields and futsal courts being developed. 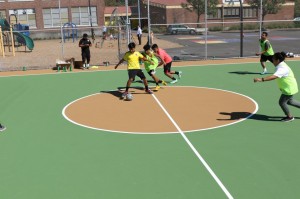 Children breaking in the new futsal court at Martin Luther King Elementary School in Portland following the dedication of King’s Court on Wednesday. Photo courtesy of the Portland Timbers

The unveiling marked the second set of futsal courts presented by the Fields for All partnership, with Stand Together and Operation Pitch Invasion partnering on the development of SNAKE Court at Vance Park last year. Since 2011, the Timbers have contributed to 11 soccer fields and futsal courts, providing the greater Portland area with organized outlets for playing soccer. 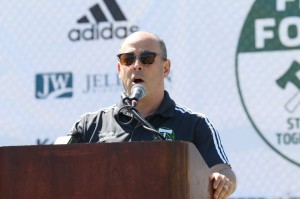 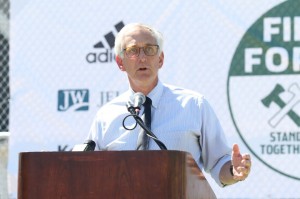 Fields For All aims to identify ‘recreation deserts’ – communities underserved by recreational activities for kids – and fill them with safe, healthy and high-quality playing surfaces. Its work focuses on areas with open community access and neighborhood support. In addition, Fields For All targets locations in close proximity to schools, youth clubs and recreation centers, providing ongoing programming to support organized and structured play for local area youth. 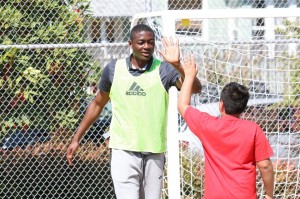 Timbers forward Fanendo Adi joined in the fun as kids from Martin Luther King Elementary School took to the new futsal courts dedicated by the Timbers and Operation Pitch Invasion as part of their Fields for All partnership Wednesday. Photo courtesy of the Portland Timbers. 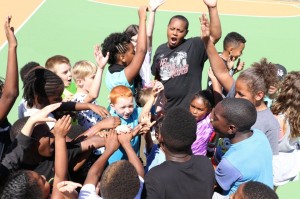 OPI is a local, grassroots organization that builds, revitalizes and maintains soccer fields and futsal courts throughout the Portland metro area so that players of all ages and skill levels have high quality and safe playing surfaces to enjoy the beautiful game. OPI is an Oregon 501(c)(3) corporation. For more information visit www.pitch-invasion.org.