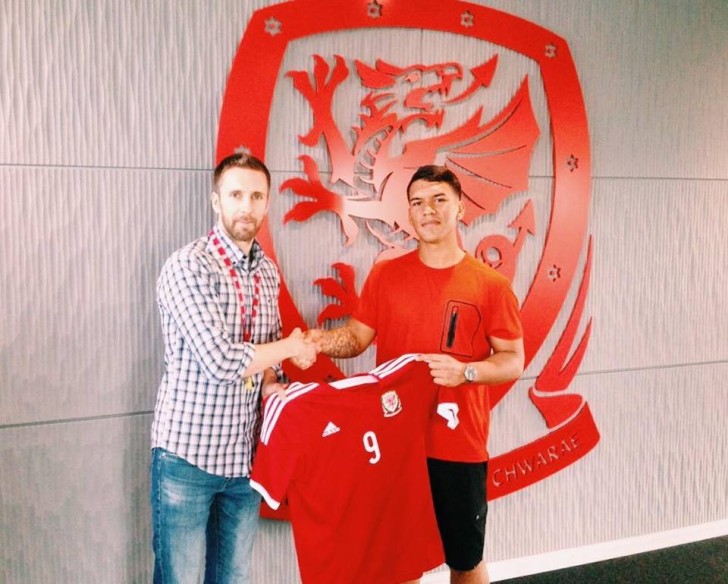 Rico Zulkarnain has won every domestic competition in Wales, he is his country’s top goalscorer and represented them at UEFA & FIFA competitions. He has competed in the UEFA Futsal Cup, became Wales’ first professional Futsal player when he signed for Indonesian Futsal Club IPC Pelindo and won the league, scoring two goals in the final.

Rico Zulkarnain has won every domestic competition in Wales, he is his country’s top goalscorer and represented them at UEFA & FIFA competitions. He has competed in the UEFA Futsal Cup, became Wales’ first professional Futsal player when he signed for Indonesian Futsal Club IPC Pelindo and won the league, scoring two goals in the final. After his success in Indonesia, he signed for Australian club Muito Calma and flew to the United States of America to compete in the PFL SuperCopa and the World Futsal Championships. This decision resulted in Rico moving to Perth to compete in the WA State Futsal League (NIKE SFL), FAFL Cup and now he is competing in the Australian National Futsal League for Inner West Magic, should he win, he will have won nearly every domestic trophy in Australia. His goals have been watched by millions worldwide which has led to Rico signing for the NAS Sports Dubai Tournament 2016.

Futsal Focus spoke with Rico Zulkarnain about this development:

“I have signed with a team in Dubai to play at the NAS Sports Dubai Tournament 2016! Under the patronage of His Highness Sheikh Hamdan bin Mohammed bin Rashid Al Maktoum, Crown Prince of Dubai and the Chairman of Dubai Sports Council, the Nad Al Sheba Ramadan tournament will commence in June next month.”

“I will travel to Dubai and spend 3 weeks there competing against some of the world’s best players. Falcao, Ricardinho and Zinedine Zidane are just a few of the big names to have featured in this tournament in the past. I am very excited and for myself this is the platform that I’ve been waiting for to be able to show the rest of the world what I am capable of achieving. I believe I am the first British player to have been invited to play at this tournament in history which is another huge achievement for myself and my career.”

“Since my goals have gone viral and received over 100 million views worldwide recently, I have been receiving offers from all over the world to feature and play in exhibition tournaments and games, and I have a lot more great news to share over the next few months or so. 2016 is off to a great start, and I assure you things are only going to get bigger and better. Thank you for the continued support and well wishes everybody, I appreciate it more than you know.”

Rico Zulkarnain is a role model to all aspiring Futsal players across the UK, Ireland and around the world especially in Futsal developing nations where players are wondering where Futsal can take them or offer them as a career.

Pictured above is Rico when it all started a few years ago when Richard Gunney asked him to play for Wales.