Roberto Martinez explains why Futsal is important on Everton TV 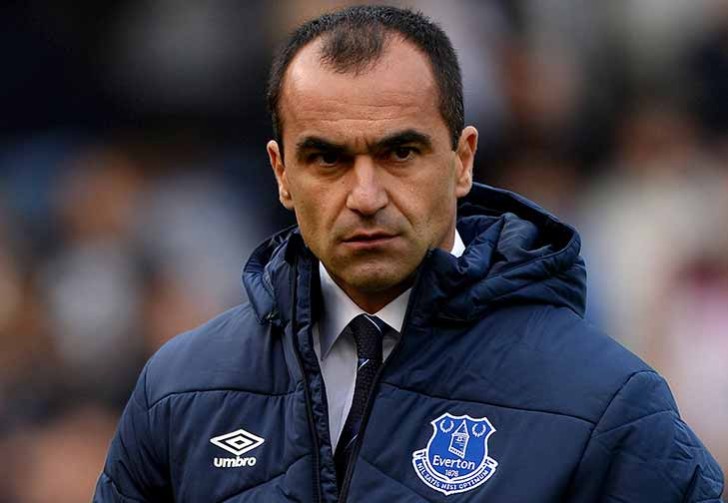 Why Futsal? Everton’s young players are the most skilful in the country – and it’s partly down to Roberto Martinez’s Finch Farm innovations.

The Blues’ Under-12s and Under-9s emerged victorious at a recent Premier League futsal tournament – and manager Martinez has explained why Futsal has been introduced at the training ground as part of young players’ education.

A five-a-side game that helps develop close control, game intelligence and movement off the ball, futsal has become an important part of the Games Programme since the EPPP’s introduction in 2012.

Speaking as the studio guest on Friday’s Everton Show, Martinez gave it a glowing endorsement.

” Why Futsal? It’s a more intense game of football,” he explained. “It develops your contact with the ball, it develops one-v-one situations and the skills you need to score goals. It’s very popular in South America and Spain and I think we’ve seen a lot of results so far.

“It’s important for a young player – that development with the football at your feet is essential.”

Watch the video below to hear more from the Blues boss.

If you like this video and the information provided, you can read more articles grassroots and coaching by going to the top bar navigation or click here