Experienced midfielder to lead Futsal squad
Scott Chaplain has been announced as the new Scotland Futsal National Team Coach. Futsal Focus at our last conference in England secured the Professional Footballers’ Association as a sponsor, approached the organization because we too see Futsal as a massive opportunity for former professional football players to get involved in the sport’s development and we congratulate Scott on his appointment.

The former professional footballer played for seven clubs in Scotland including Ayr United, Partick Thistle and Albion Rovers in a playing career spanning 15 years before joining the Scottish FA as the West Region Player & Coach Development Manager in 2015. 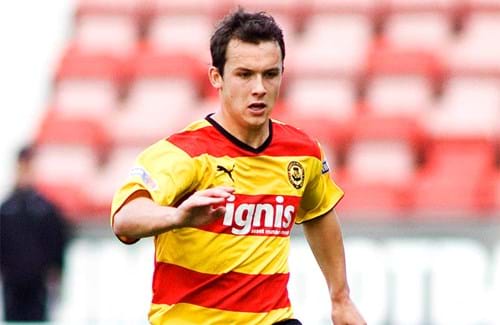 Chaplain has also previously played for the Futsal National Team and holds the Futsal Award (the highest Futsal coaching qualification available in Scotland) as well as a UEFA B Licence and UEFA Elite Youth A Licence.

Chaplain’s first competitive matches in charge will be the Home Nations Tournament in Northern Ireland in December 2018.

Those games will act as preparation for the early stages of qualification for the 2020 FIFA Futsal World Cup which will take place in 2019.

The former midfielder takes over from Gerry McMonagle who took interim charge of the team for the 2017 Home Nations Tournament at Oriam from Mark Potter who had been in charge since the team was established in 2014.

Scott Chaplain said: “It is a great honour for me to be named the new national coach of the Scotland Futsal team.

“Having played for the side in the past I know how valuable Futsal is to the association going forward and have ideas on how to continue to improve and develop the team.

“This group has only been established for four years so it is an exciting time to be the national team coach as it gives me the chance to continue the pathway already developed and move us up the rankings.

“The team played well in the Home Nations Tournament at the end of last year, beating Northern Ireland, drawing to Wales and losing against England.

“We are now gathering momentum and have a great group of players who play Futsal domestically.

“The creation of the Super League and the new format has greatly improved the game in the country and will only help our players perform on an international stage.

“I am hopeful to get the team together for a mid-year camp which will aid our preparations as we look towards the 2020 World Cup preliminary qualifiers.”