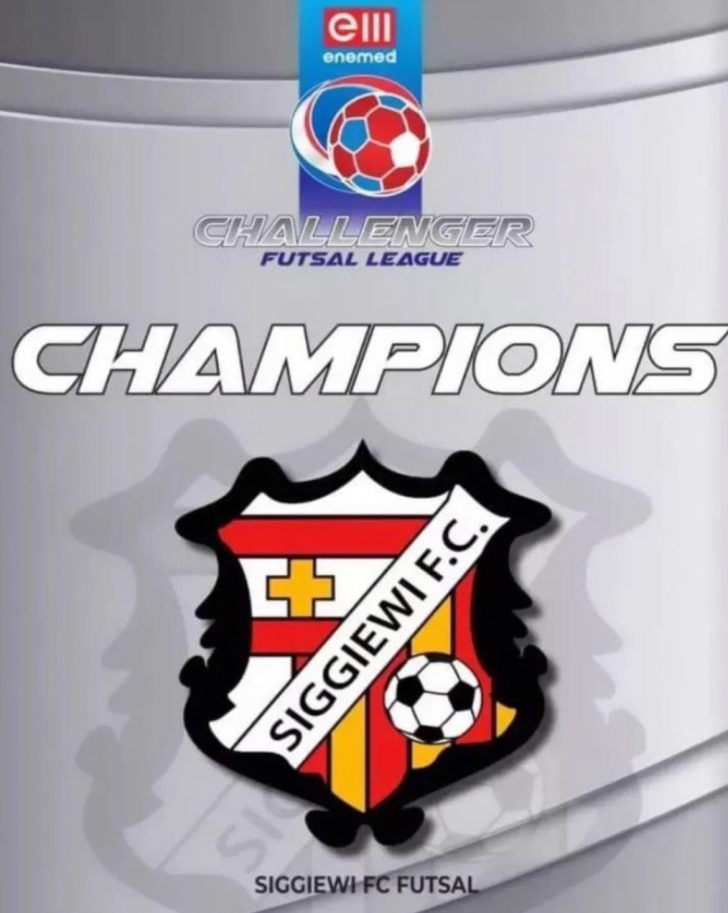 Siġġiewi Futsal were crowned Enemed Challenger League champions in May after seeing off St George’s 3-2 in the play-off final. The team led by Paul Bugeja had a memorable season because this was the team’s first experience in local futsal but on this day St George’s adopted a never-say-die attitude but they failed to restore parity in the end. The final was played in the Pavilion of the National Sports School. It was a well balanced game that offered a spectacle to all those present until the end. Siġġiewi had Justin Theuma notching a brace while Wallace Oliveira was also on the mark, and Tiago Rodriguez and Luiz Lopez were St George’s scorers. After the game, FMA president Mark Borg presented the trophy to Siggiewi captain Brandon Debono. 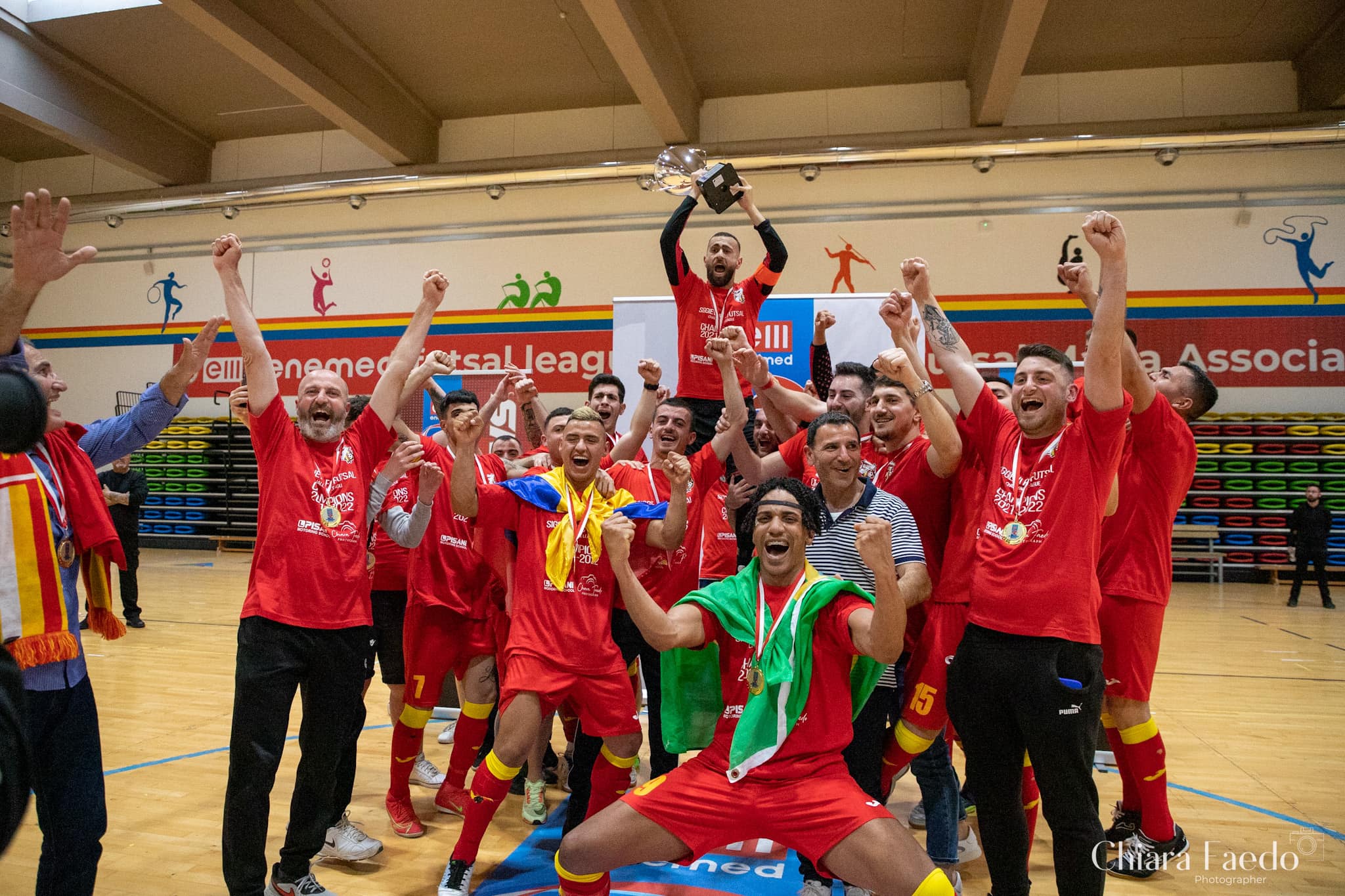 Siġġiewi Futsal have a lot to celebrate, the club finished the season champions, they also reach the semi-finals of the E&L Futsal Trophy against the University of Malta. They won 10 consecutive matches in a row, have a strong emphasis on youth development, 7 players made their first international debuts from U17 to the Senior team. Brandon Debono and Ryan Muscat, two key players for the club were also nominated for the Futsal Malta Association Awards taking place on Wednesday 15 June. Brandon for Goalkeeper of the Year and Ryan for the Most Promising Young Player of the Year.  This is a fantastic achievement and the club thanked the commitment and dedication of theirr coaches Paul Bugeja and Brian Baldacchino as well as all the players who always showed up and gave their all. 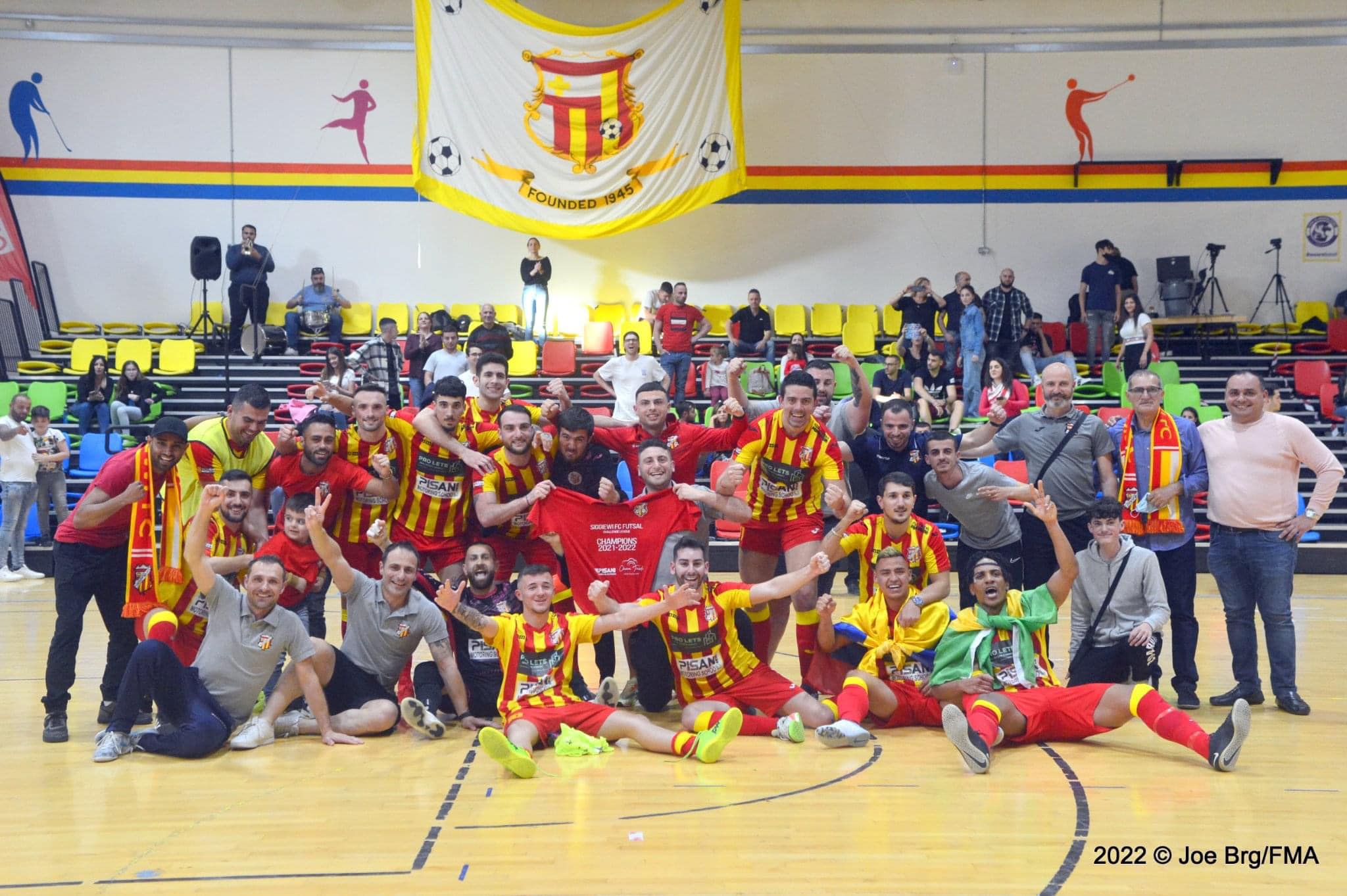 The club have the futsal bug now and are already preparing for next season, advertising via their Facebook the need to engage with local businesses to build on the success of their first season. You can follow Siġġiewi Futsal via their Facebook page: https://www.facebook.com/SiggiewiFutsal/

The clubs success didn’t go overlook, making it on to national television: