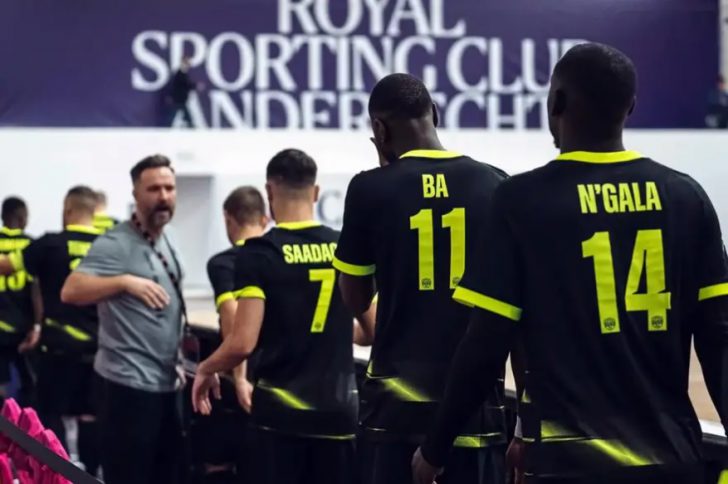 In Group 1, Sporting Club de Paris were beaten by RSC Anderlecht (4-0) today in their second main-round match and will play their last fixture in the UEFA Futsal Champions League on Saturday. The team were also beaten the day before by Mallorca Palma Futsal ( 11-5 ) in their first match.

A victory over Kazakhs Kairat Almaty FC on Saturday 29 October will be imperative to clinch third place in Group 1, the last qualifying slot for the sixteen-club Elite Round (22-27 November 2022) which will determine the participants for the final four in April or May 2023.

The Belgians opened the scoring by taking advantage of an own goal from French international defender Youba Soumaré to lead at halftime. They widened the gap at the very start of the second half through Eduardo then Rafael Nogueira Da Silva to secure their victory.

Mallorca Palma Futsal passed their first big milestone with flying colors in this Main Round of the UEFA Futsal Champions League. A match in which Antonio Vadillo’s men knew how to suffer until they tied with just 99 seconds to go thanks to Tayebi deflecting Eloy Rojas’ great shot. The prize is a place in the Elite Round.

The Balearic Islands took the initiative in the first half, which allowed them to go ahead thanks to a shot by Cleber that Douglas Junior deflected into his own goal. At the edge of the break, Tursagulov equalized, pushing a hard shot with his thigh.

After the break, Mallorca Palma Futsal could not take advantage of the superiority after Higuita’s expulsion and Kairat put themselves back in the lead with a goal from Yesenamanov. However, Antonio Vadillo’s men didn’t throw in the towel and fought back to secure a draw.