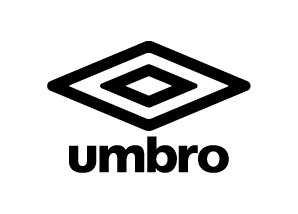 Umbro, the global Football brand, has partnered with Futsal Focus as the main sponsor for this inaugural event. As a Football specialist brand, Umbro is involved with all aspects of the “Beautiful Game” and therefore recognize the growing importance of Futsal.

Futsal is one of the fastest growing indoor sports in the world, it is the only 5 a-side sport endorsed, governed and developed by FIFA worldwide. FIFA and its confederations are revamping and advancing the development of the sport. UEFA this year announced that it was rebranding the UEFA Futsal Cup to be named the UEFA Futsal Champions League from 2018 onwards. In addition to this brand change, the competition is increasing the number of places for the top nations such as Russia, Spain, and Portugal. The Confederation is restructuring the UEFA Futsal EUROs from every two years to every four years and from 12 nations to 16 nations taking part in the final stages. To aid the development of the Women’s game, a UEFA Women’s Futsal EURO is being launched in 2019 coupled with a U19 Futsal EURO to support the growth of the grassroots game and give academy players at Futsal clubs the opportunity to represent their country and compete in high-level competition. The Olympics has added Futsal to its programme, replacing Football with Futsal at the 2018 Youth Olympics taking place in Argentina. All this growth is only a few examples of the developments taking place under FIFA’s confederations.

Futsal has many developments steps to take in the UK, and this conference is about informing clubs from the grassroots to the professional, 5 a-side providers, investors, entrepreneurs, sport development companies, etc., about the commercial opportunities there are by getting involved in the development of the sport. The gap in the market in the UK due to the FA’s lack of investment in Futsal is similar to the needs of traditional British 5 a-side when there was a need for facilities to meet demand which meant there was an opportunity for investors to create commercial providers which lead to the development of companies like Goals and Powerleague. Futsal is another opportunity for entrepreneurs/ investors to develop this industry.

“Having a brand like Umbro with so much authenticity and credibility as our main sponsor for the conference shows you the development steps that Futsal is starting to take in the U.K. Umbro has been the face of British Football for decades and securing their support for Futsal education and increased awareness is testament to the sport’s value, quality, importance, and growth.”

Anthony Little, Managing Director of Umbro Iconix, says “We are really excited about the potential of Futsal in the UK, having seen the popularity it enjoys in other parts of the world first hand through our longstanding involvement with the game. We are looking forward to helping develop this aspect of the game in the UK.”

If you haven’t bought your ticket for the Futsal Focus Network Business Conference in partnership with Tranmere Rovers FC then go to www.futsalfocus.net/conference to read about our guest speakers and purchase your ticket.