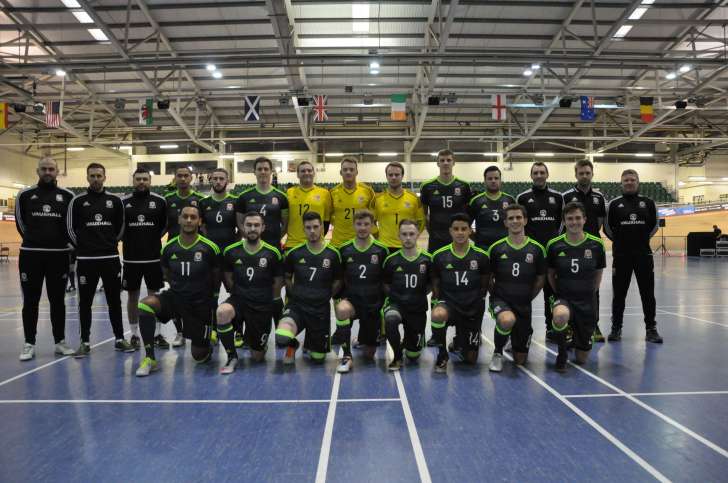 An important landmark in British Futsal will occur in December when Wales, England, Northern Ireland and Scotland will come together for the very first Home Nations Championship, which will be hosted at the Cardiff City House of Sport.
Taking place across the weekend of 2-4 December, the Home Nations will take part in three days of exciting competition as they battle each other to be the first to lift the Championship trophy.

Following months of planning and discussions between the countries, a provisional agreement is in place for the competition to take place annually, with each nation taking its turn to host the tournament.

The Home Nations Championship is an important development in UK Futsal as it will provide a platform for the game to develop further over the coming years.

An annual competition will allow each of the Home Nations a fantastic opportunity to participate in elite competitions, provide player development and preparation for the European and World Cup qualification campaigns.

Richard Gunney, Wales Head Coach, said: “We are delighted that all four nations have come together and agreed to this very important event.

“Playing in a tournament each year will be a great opportunity for our national teams to progress but to also support the development of the game in all four countries.

“I’m confident that the first Home Nations Championship will be a fantastic event with plenty of drama and excitement.”

The Home Nations Championship will follow FIFA and UEFA mini-tournament guidelines with all four countries playing each other once, with the winners to be decided based on the most points obtained to lift the trophy.

The full schedule is available below and entry is free for each match at the Cardiff City House of Sport for the public to come along and support. All matches will also be available to stream online. Further details will be announced in due course.

Richard Gunney has selected his Wales squad for the Home Nations Futsal Championship and it is as follows: