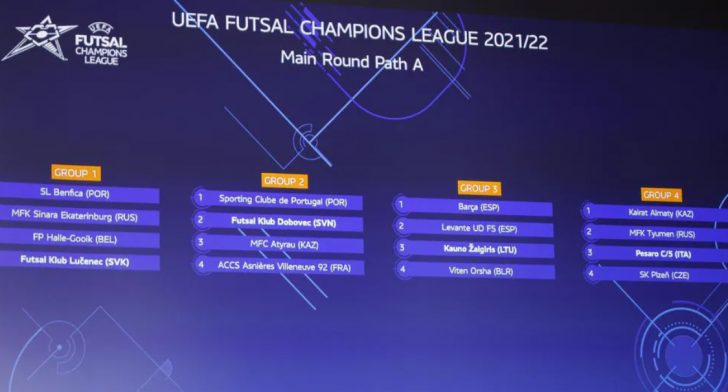 Holders Sporting Clube de Portugal, and fellow former winners Barça, Kairat, Benfica and Ekaterinburg are among the 32 teams in action.

The UEFA Futsal Champions League main round runs from 26 to 31 October across eight mini-tournaments.

The nine preliminary round qualifiers join the 23 teams entering at this stage, including holders Sporting Clube de Portugal. The sides are split into two paths with the number of teams going through from each group to the 3 November elite round draw varying between both.

The top three teams in each of the four groups proceed to the elite round. This is an exciting development for many of the clubs trying to reach the elite round for the first time in their history.

The winner of each group proceed to the elite round.

The 16 clubs will compete in four groups of four, drawn at 14:00 CET on 3 November.
The four group winners from 30 November to 5 December will progress to the knockout final tournament on 28 or 29 April & 30 April or 1 May.