A successful start to the National Futsal Series 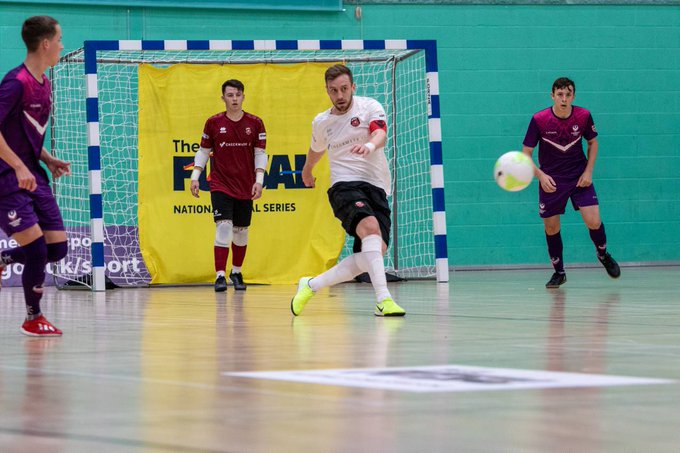 The long wait finally came to an end at the weekend when the first fixtures of the National Futsal Series kicked off in England.

The weekend before was the official launch at half-time during the England v Germany international friendly at St Georges Park but at the weekend the fixtures kicked off with:

The women’s league has yet to kick-off but will do so in October. However, the reaction to the leagues’ new format and the fixtures taking place in designated venues instead of a home and away format has been positively received. Clubs have posted and tweeted across social media praising the new structure and clubs who hosted each divisional games such as Kent United at Medway Park for Tier 1 supported by the Kent FA. In Tier 2 North the hosts were Durham and in Tier 2 South it was Sussex Futsal Club supported by Sussex County FA. Next weeks fixtures for Tier 1 will be hosted by Manchester Futsal Club supported by Manchester FA. 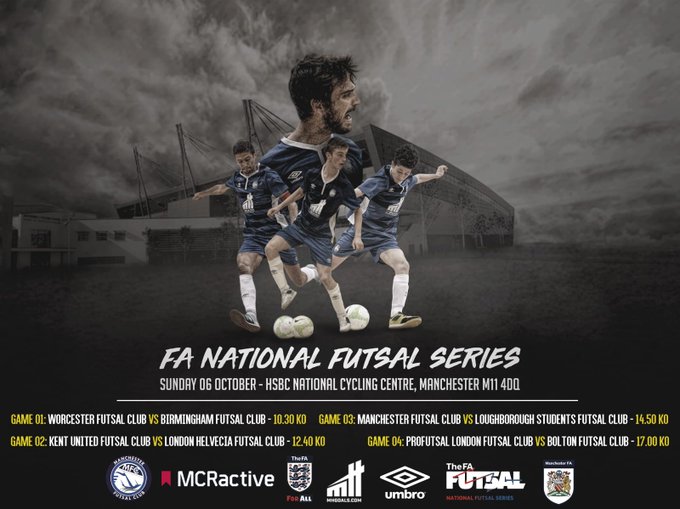 The day we’ve been working towards for the past 6 months is over. Massive thank you to @MedwaySport staff (especially Helen & John) and volunteers plus @KentFA Youth Council who have supported @kentutdfutsal with today’s @FA_NFS event. Great example of partnership working #FANFS pic.twitter.com/tMNhWMZkTe

Via the gfc_tv Twitter, we also got to see this great goal by Stuart Cook for Bolton Futsal Club before he had to come off due to an unfortunate injury:

Going forward, Futsal Focus has learned that National Futsal Series matches will soon become available via the online live streaming platform mycujoo so we all look forward to that. Without a doubt, this is an exciting development for Futsal in England and hopefully, it will be a success this season and the other FAs in the U.K(Scotland, Wales and Northern Ireland) will follow suit.

If you like the video and the information provided, you can read more articles about domestic futsal by going to the top navigation bar or click here