DFB confirm Futsal-Bundesliga to commence from 2021/22 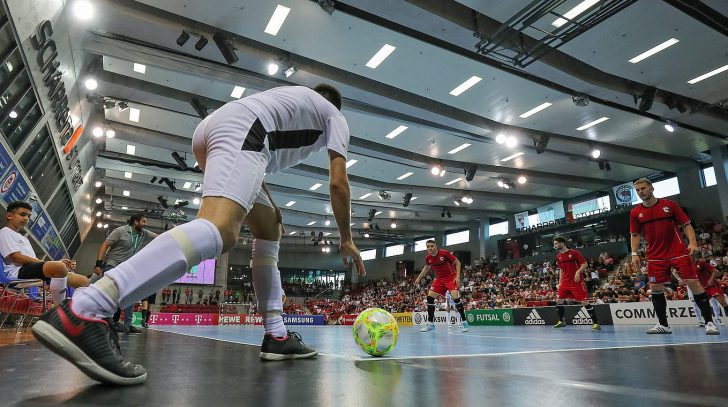 The Futsal-Bundesliga will be played in a round robin system, culminating in a championship round in which the winner of the tournament will be decided. At the end of the regular season, the bottom-placed side will be relegated to the Regionalliga, with the second bottom team in the Bundesliga competing in a relegation round against the five Regionalliga champions. Two groups of three teams will make up the round robin system, which will see all teams play each other twice, after which the group winners will qualify for the Futsal-Bundesliga.

Peter Frymuth, DFB vice-president of competitions and football development, explains: “The DFB are continuing to develop the sport of futsal in Germany with the creation of this new Bundesliga. Since the founding of the national team at the end of 2015 and the first international match at the end of 2016, we have continued to develop the sport. In order to maintain this trend and be internationally competitive, the creation of a new Bundesliga under professional conditions is imperative.”

Heike Ullrich, DFB director of associations, clubs, and leagues, says: “The establishment of the Futsal-Bundesliga is the next logical and important step in the development of futsal in Germany, showing that the DFB attaches great importance to the sport. We want to establish ourselves as a huge team in this sport so the new league will be an important basis for strengthening the quality of futsal in Germany.”

Futsal national coach Marcel Loosveld says: “We want to repay the faith of the DFB now. The introduction of the Bundesliga is important for our national team so that it can compete at a high level regularly. It will make the players better individually and that will benefit the national team.”

Along with the DFB announcement coming out of Germany this week is that Axel Witsel may be one of the Bundesliga and Europe’s most feared defensive midfielders, but he learned about the technical game of futsal before football.

Witsel is certainly far more than just a ball-winning defensive midfielder, as he has proven with Borussia Dortmund since joining in the summer of 2018.

In an exclusive interview with bundesliga.com, Borussia’s Belgian baller speaks about how he first got into football watching his father play professionally in two sports, as well as what it’s like to play against Schalke and Bayern Munich as a Dortmund player…

Axel, how and why did you first get into football?

Axel Witsel: “First of all, I was born in Liege. In the beginning, with my parents, I lived in Vottem. It’s really a very small city in Liege. I started at four years old at FC Vottem – the small club from my small city. I was four years old and I could only play the friendly games and train because I was too young. My dad played football – not at a high level like first division, a smaller division in Belgium – so I was always at his game, every weekend. And he played futsal also in the first division in Belgium for 12 years. At the beginning, I was more interested in playing futsal than football.

Do you think playing futsal from a young age has benefitted you as a footballer?

Witsel: “Yeah, yeah. It helps you because it’s more about technique at the beginning than football. I was always watching my dad and then playing on the futsal pitch indoors. And also the street, because I was always playing outside with my friends. I think futsal and the street help you a lot technically.”

If you like the information provided, you can read more articles about Futsal by going to the top navigation bar or click here