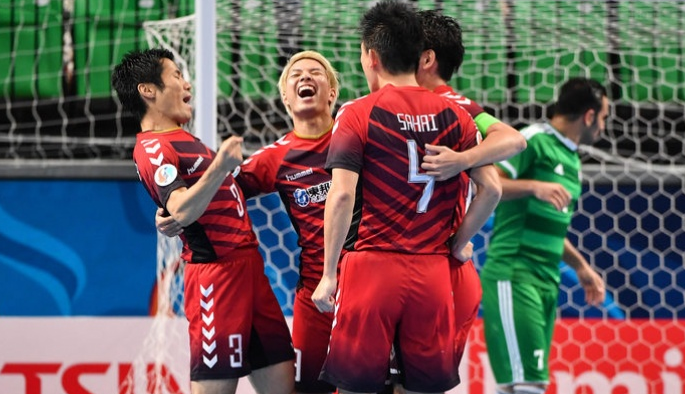 According to Inside World Football the AFC Futsal Club Championship which finished last month with a climatic 6-5 win on penalties for Japan’s Nagoya Oceans over Iraq’s NAFIT Al-Wasat, the tournament stats have now been reported and show record-breaking numbers for the Bangkok, Thailand, hosted event.

Top of those stats are the attendance figures which saw record attendance for a single match broken three times – first in local favourites Chonburi Bluewave’s second group match against Nagoya Oceans, with the host side repeating the feat again in the quarter-final and semi-final, which was watched by a sell-out capacity of 11,050 fans.

More than 64,600 watched the championship, beating the aggregate spectatorship of all the previous AFC Futsal Club Championships combined since the competition started in 2010. The 2016 attendance increased by 365% on the 2015 edition.

That impact was also reflected in the social media numbers, with the AFC’s Twitter account reaching 912,974 impressions, 300% higher than the 2015 championship. The AFC’s Facebook saw an increase of almost 70% impressions. The championship also contributed to the 1 million minutes of action viewed on the AFC Hub YouTube channel this month.

“From start to end, the AFC Futsal Club Championship Thailand 2016 has been an overwhelming success, setting new benchmarks on multiple fronts. I would like to extend my gratitude to the Thailand Local Organising Committee and the Football Association of Thailand for all their dedication and close attention to detail in delivering this world-class event,” he said.