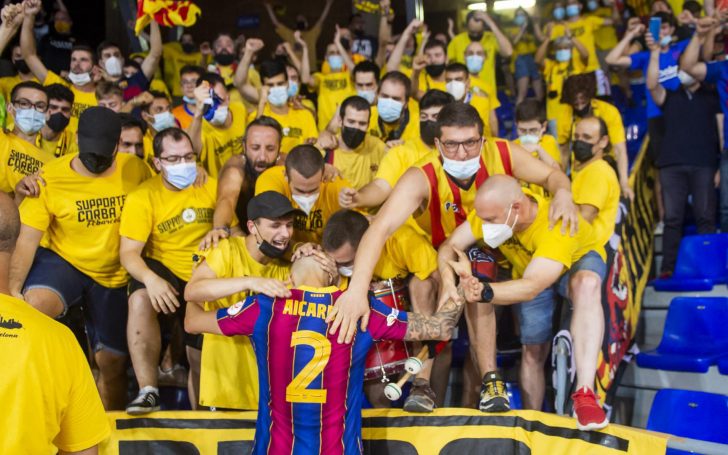 Barça took their fifth league title in the most agonizing way possible. Andreu Plaza ends his time on the bench with a title that he may have thought wasn’t going to happen due to a season filled with disappointing performances. With 0-1 against, Daniel forced extra time with 44 seconds remaining. In extra time, Levante went ahead again, but again a goal came in the last minute. This time it was Matheus, 46 seconds away. In the shootout, Dídac stopped two shots and to take the title.

The defeat could not have been more cruel for Levante who had a great season, playing all the possible semi-finals, they were so close to the title they could almost touch it. Next year they will play in the Champions League due to reaching the final, but this defeat will still hurt. Few times someone had a title so close and it escaped him like that.

The first 20 minutes were marked by the respect between them. Nobody wanted to make mistakes and that’s why they hardly took risks. Even so, both had a shot at the post, Ximbinha,  and Rubi for the visitors.

We had to wait for the start of the second half to see the first goal. At 25 seconds, Pedro Toro clinched a rebound from Dídac Plana to a shot from Rescia. Barça responded soon with another shot at the post, this time from Ferrao, but it was difficult for them to open the Levante defense. And when they were most overwhelmed, Diego Ríos opted for the goalkeeper-player to cut the tempo/flow.

Everything went perfect until Daniel’s goal with 44 seconds remaining. Despite the blow, Levante rebuilt and managed to score two minutes into extra time, after a minute of possession. Matheus forced penalties and Dídac was decisive. The title stays at the Palau.