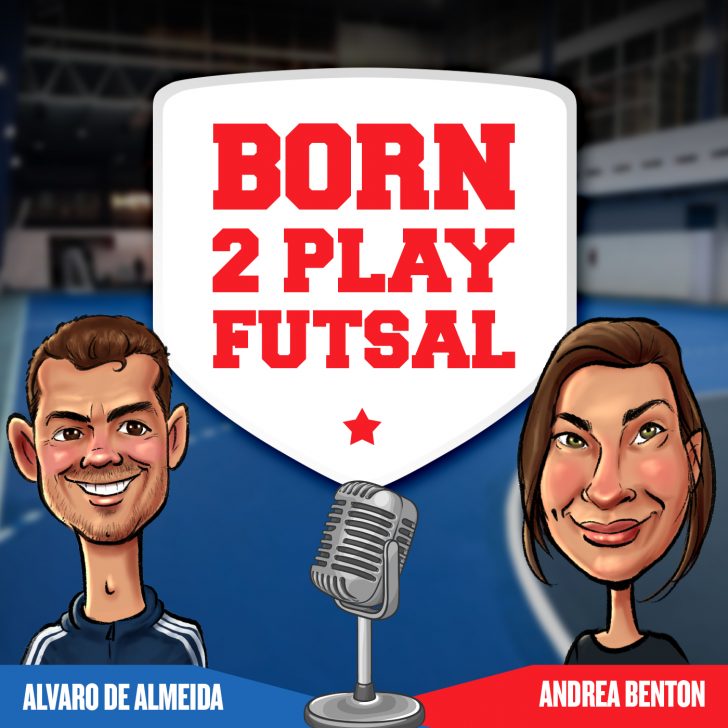 Born 2 Play Futsal will broadcast live on Sundays at 10:30 am (6:30 pm UK time) on BarnBurner TV Network, an independent company in Canada at https://www.barnburner.ca/.  The Network can be accessed via ZingoTV’s channel 251 across a range of popular platforms like iOS, Android, Roku, Chromecast, Amazon Fire TV and every Smart TV from 2016 on. 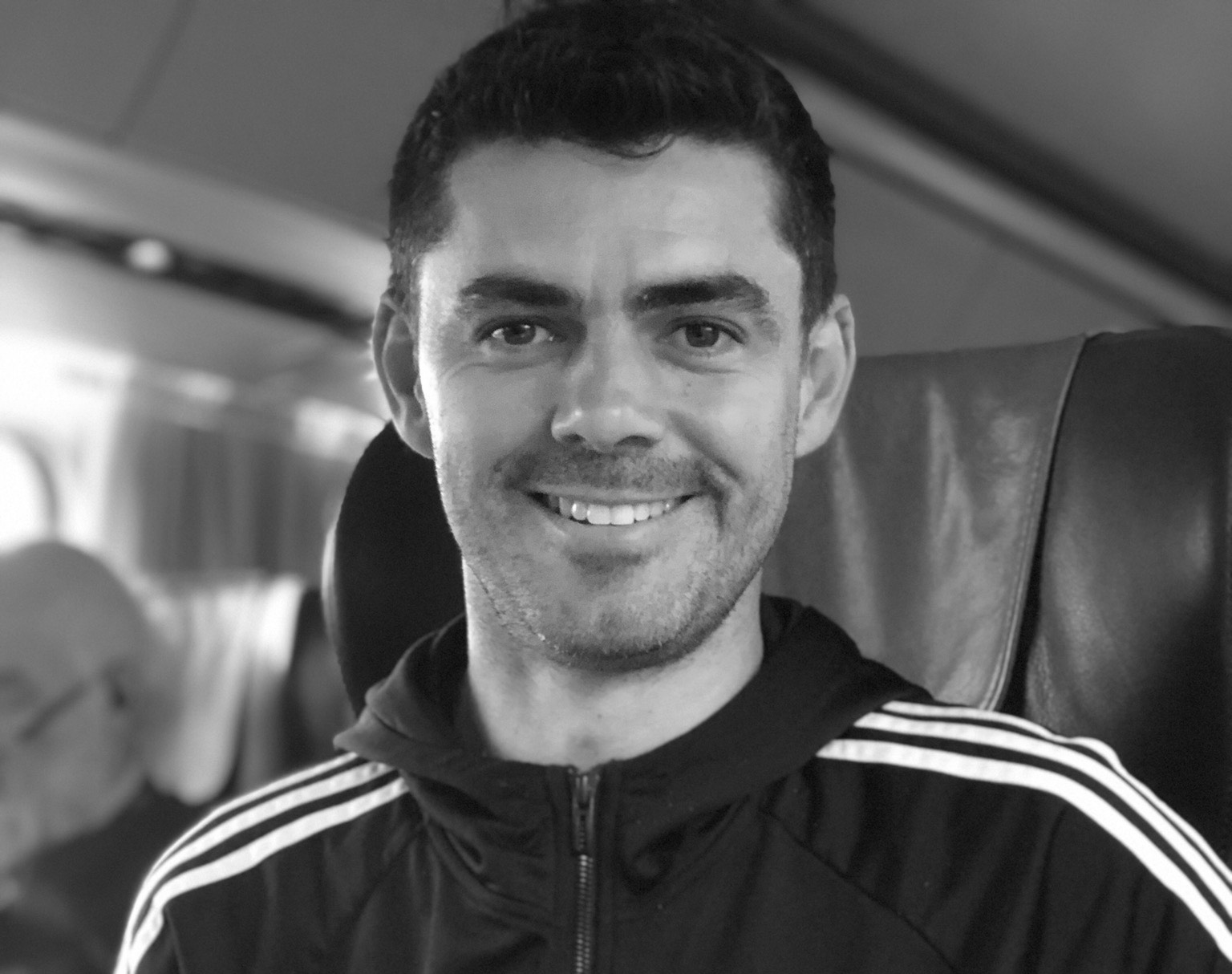 For futsal in North America, this is a wonderful development to aid the sport’s awareness and to educate the public in Canada where futsal is their recognized form of 5 aside.  Futsal Focus reached out to Andrea and Alvaro to discuss their show and to find out how this idea became a reality. 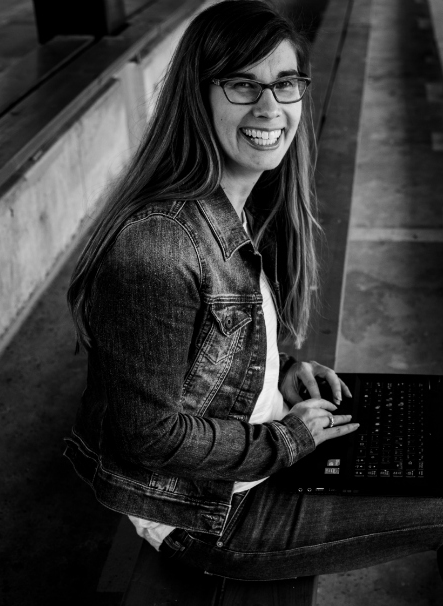 FF: To start this interview Andrea and Alvaro, for our followers reading about you for the first time, please tell us about your background, and your association to futsal?

AB: My background is Marketing/Communications with a passion for youth and professional sports. Honestly, I just fell into the sport of futsal. As a Canadian, I didn’t even know the sport existed until three years ago when I connected with Alvaro and another Brazilian friend. Together, the three of us started our own futsal club called the Brazilian Futsal Club in the Lower Mainland of British Columbia (BC), Canada. I was the General Manager of the Club and ran the day-to-day operations. It was going well until Covid hit and then we decided to permanently shut down in June.

AA: Being from Brazil, my history with futsal started as soon as I decided to kick a ball. I was just a kid with a love and passion for the game of “kicking a ball”. Growing up I played 1×1, 2×2, 3×3, 4×4 with all of my friends at different locations such as our schools, the street, around condominiums, parks, parking lots, beaches, any place where we could place 4 rocks/flip-flops/cans/backpacks or anything that could be our targets! My friends and I dreamed of becoming the next professional football player.

Years later a Physical Education (PE) teacher at my school explained about futsal including the differences and the similarities to football. I realized that the majority of the matches that I had  played in my life were futsal related. I played futsal every day until I graduated from high school.

I then decided to be a football or futsal coach, and in Brazil the way to do that was to become a PE teacher so that’s what I did. I’ve been studying the game of futsal since 1999.

When I moved to Vancouver, BC Canada I continued to develop the sport of futsal through BC Soccer (our provincial soccer association), the Vancouver Futsal Association and along with 2 other friends, started the Brazilian Futsal Club, which closed down due to Covid.

FF: Tell us about futsal in Canada and how do you know each other?

AA: At the national level there is a Men’s national team and the Futsal Canadian Championship, which is supposed to happen every year but it didn’t because of Covid.

At the provincial level futsal is fragmented across Canada. The provinces of Ontario and Quebec are much further ahead for many different reasons (futsal is played in schools, weather, more facilities etc) than many other provinces so it’s tough to build the sport at the grassroots level.

The programs that are out there are made by people that love the game and/or are doing it either as volunteers or in their small business. Meanwhile coaches, players, families and people who love the game, are trying to push the agenda forward to develop the game. The sport should be inside each and every school across the country, when we have that, then we will have truly created the sport of futsal in Canada.

In the province of British Columbia, futsal is in the “crawling” stage. There are not many opportunities to play the true game of futsal meaning following FIFA’s rules, using a proper futsal ball, and playing on hard court surfaces. Every jamboree, Club or company/organization establishes their own rules and regulations to play futsal so there is no consistency. As a result, many coaches/players truly don’t have the opportunity to know how amazing the game of futsal really is.

BTW – We are comfortable adapting the rules for younger age groups but the rules & understanding how the game is played need to follow a specific development pathway. Coaches & referee education, more formalized futsal programs and futsal in schools would help to close the gap within the sport of futsal in BC/Canada. We would start to build a true futsal culture across Canada.

FF: What influenced your decision to start this show?

AA: I cannot work as a futsal coach right now, so I was trying to continue spreading the word about it (pushing the agenda forward), so Andrea came up with the podcast idea and now we were invited to have our TV show!!!

AB: Futsal is such an incredible sport but what it lacks is awareness. It never gets any media attention, particularly in North America. Futsal is a sport in its own right. It deserves to have its own TV show.

FF: How did you sell the show to the BarnBurner TV Network?

AB: Actually, I expected to be rejected (that’s probably a typical Canadian response…lol). To their credit, the BarnBurner TV Network has 11 football/soccer shows, which is unusual, especially in Canada where the focus is hockey. I asked them if they would be interested in adding a 12th show to their existing football/soccer line up, a show that focuses on futsal. To my surprise and delight, they said yes!

FF: What are your aims for the show in relation to your domestic audience and internationally? And, what topics and guests have you lined up?

AA: Help to develop the game of futsal worldwide!

AB: Since we just started a couple of weeks ago, we’re always looking for guests. Please feel free to connect with us on Linkedin. Topics we’re going to cover include everything from methodology to the politics of futsal. We will also cover football from time to time.

FF: Since you announced the show, what has the response been like so far?

AB: It’s been fantastic. It opened doors for us, that we never imagined like being interviewed on Futsal Focus!! Our long term goals for the show are to get futsal to the same media coverage levels as Major League Soccer (MLS) and to create a futsal travel/documentary series. The history and the culture of futsal is rich everywhere you go. There are many storylines that need to be shared. There is an authenticity in futsal players, the coaches who coach it, their families and the communities who support & play the sport that really doesn’t exist anywhere else.

FF: To summarize this interview, looking over your answers, how do you think your efforts and this show can help the futsal industry develop further?

AA: I think people will be more aware of the game of futsal and understand that it is a game itself. Yes, it has been used as a tool for football development, but it needs to be seen as a game itself – a dynamic, challenging, living, fun, interesting, passionate, glamorous, fantastic game that exists on its own.

I would also like to see more facilities offering spaces for futsal development, more coaches who specialize in coaching futsal (no more soccer inside a gym), more players who are aware of the game and its inner world. We know millions of people play this game!!! It would be amazing for kids to know the competitions, teams, players’ names, like they know for other sports…create a futsal culture and be part of that!!!

Futsal Focus wishes you success because what you have achieved is a pioneering show for futsal in the English speaking market. We have no doubt that your show will help to educate, ignite interest and inspire watchers to get involved in our amazing sport. 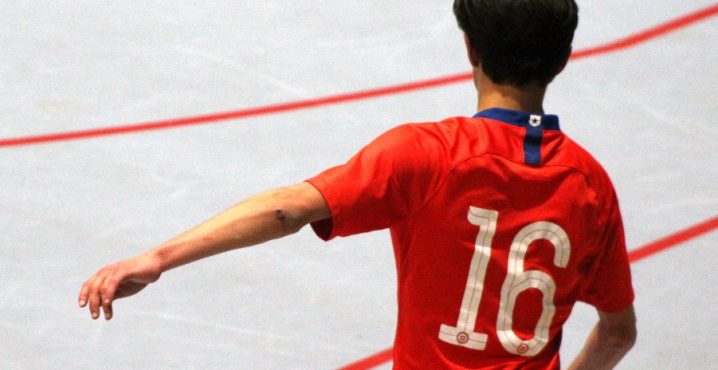 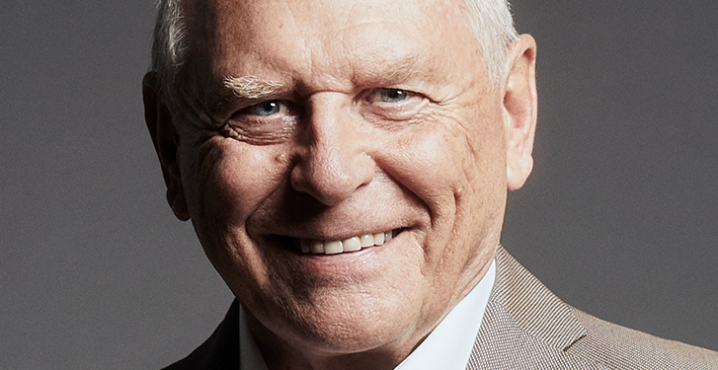