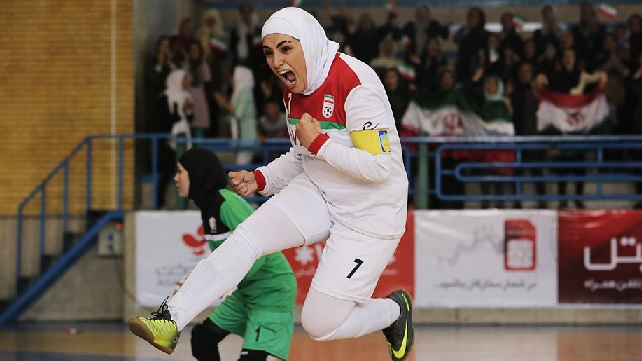 2018 has been an interesting year for Futsal in terms of what developments happening within the sport are getting international media interest and increasing awareness of the sport. This year, the UEFA Futsal Cup was rebranded under the UEFA Champions League brand being named the UEFA Futsal Champions League, Futsal replaced Football at the Youth Olympics and Lithuania was chosen as the 2020 FIFA Futsal World Cup but neither of these sporting developments are making headlines to the scale we would like. What is getting attention are developments such as the internal football politics in Denmark which led to the national team professional players pulling out of a fixture which resulted in the Danish FA picking semi-professional football players and Futsal players.  A decision which received international media attention and although many criticized and ridiculed this decision by the FA and little was expected of the Danes with all 11 starting players making international debuts but the defeat turned out to be a moral victory. 31-year-old Christoffer Haagh, a futsal goalkeeper for Jaegersborg Boldklub played the game of his life. Coached by the former Arsenal midfielder John Jensen, the Danes looked well-organised and even created a few chances of their own. The Danish football association called the result an “honourable defeat”.

Now, another development is getting international attention and that is the release of a film called ‘Cold Sweat.’ Cold Sweat is about a female Futsal player who takes her case to court when her husband won’t let her leave the country to play in the biggest match of her life. Variety described the movie as an angry woman rails against the system in the punchy and timely “Cold Sweat,” a fact-based drama about an Iranian national futsal team member whose husband uses his legal right to prevent her traveling abroad and playing in the most important game of her life. This intelligently written, well performed and emotionally rewarding second feature by writer-director Soheil Beiraghi (“Me”) will enlighten and entertain audiences everywhere. A hit in local cinemas when released in late September, “Cold Sweat” ought to enjoy a long festival life at the very least. French arthouse outfit Sophie Dulac Distribution will screen the film theatrically Nov. 28.

A tale with especially strong appeal in these #TimesUp times, “Cold Sweat” draws from the real-life cases of many Iranian sportswomen whose dreams were dashed when their husbands invoked patriarchal laws. Its success at the local box office comes in the wake of well-publicized protests at the men’s soccer World Cup in June when fans held up flags calling for an end to the ban on female spectators at the matches. The film contains thematic ties with Jafar Panahi’s “Offside” (2006), about women attempting to sneak into a World Cup qualifier at Tehran’s Azidi Stadium.

In the exciting opening sequences of “Cold Sweat,” a packed house of female fans is watching the national futsal (indoor soccer) team compete for a place in the Asian Nations Cup final, to be held in Kuala Lumpur. After being told by female supervisor Mehraneh Noori (Sahar Dowlatshahi) to “keep your sleeves rolled down and headscarves up, no skin on display,” Iran clinches the win. Largely to thank for the victory is Afrooz Ardestani (Baran Kosaris), the team’s star player and an inspirational captain who’s dedicated 11 years of her life to the sport.

Afrooz’s joy turns to despair when she attempts to board the flight to Malaysia. Her husband, Yasser Shahoseini (Amir Jadidi), a smooth-talking TV star who hosts a program called “The Good Old Days,” has banned Afrooz from leaving the country. The law does not require him to provide a reason, and none is given. Beiraghi’s screenplay expertly maps out the formidable social, legal and emotional obstacles Afrooz must overcome if she’s going to get to Malaysia in time. The biggest problem is her estrangement from Yasser. The couple have lived apart for a year, with no chance of reconciliation. A no-fuss divorce was expected, but it’s apparent Yasser is more interested in revenge than signing paperwork.

Al-Monitor (Washington based)  published that the film has raised the ire of the Iranian hard-liners who accuse the film of being unsuitable for families and undermining family values. The film appears to tell the story of Niloufar Ardalan, the captain and left midfielder of the Iranian women’s national futsal team, who wasn’t allowed to attend the Asian Cup in 2015 when her husband forbids her from accompanying her team.

Despite the similarities, Ardalan and Baran Kosari, who plays the leading role in “Cold Sweat,” have both denied that it is the same story. When the film was first screened — and won two awards — at the Fajr International Film Festival in February, reports emerged in the local media that Ardalan’s husband, Mehdi Toutounchi, a well-known sports journalist, filed a lawsuit against the film, but he refuted the claims later.

More gravely, in early September, when the film opened in cinemas across Iran, Hozeh Honari, one of the country’s largest cultural institution, boycotted the film. Hozeh Honari is affiliated with the Islamic Propaganda Organization, a Tehran-based body whose budget is funded by the Iranian state. Hozeh Honari owns more than 100 cinema halls across Iran, whose boycott would have severe consequences on any film’s box office earnings.

Following the boycott, the Association of Iranian Film Directors issued a statement Oct. 16, criticizing Hozeh Honari for its illegal boycott of “Cold Sweat.”

“The illegal and baseless prohibition of screening … is a violation of the rights of filmmakers and … cinema viewers,” the local press quoted the statement as saying. The statement also claimed that Hozeh Honari had recently formed a group to censor films before screening them in its cinema halls.

In response, Hozeh Honari explained that “Cold Sweat” was not suitable for families. Yazdan Ashiri, its public relations director, told the local YJC news agency Oct. 17 that the body did not consider the film to be in line with the family values they uphold. “We have the right to choose which films to show in our cinemas,” he said. “Every institution and organization has its own policies. We reached the conclusion that given the issues brought up in ‘Cold Sweat’ and its content, we cannot put [this film] on our priority [list] for screening. That’s why this film was not screened in any of our cinema halls.”

Kosari, who lost 20 kilos (44 pounds) to play the role of the captain of the women’s futsal team, believes the film’s revenue will decrease due to losing the opportunity of being screened in more than 100 cinema halls.

“The boycott by Hozeh Honari has turned into an effective advertisement. It attracts more people to watch the banned film. However, the fact that it cannot be screened in certain cinemas will have an irreparable negative impact on its box office revenue. Directors, producers, and actors have issued statements asking Hozeh Honari to stop flexing its muscles,” wrote Kosari on her Instagram page Oct. 5, adding that she was “disappointed and angry” with the decision.

Several other cinemas expressing solidarity announced that “Cold Sweat” would be screened for a longer period, so it can maximize its profits.

Meanwhile, Iran’s state TV, which is also controlled by the hard-liners, is not broadcasting the trailer of “Cold Sweat.” Explaining the reason behind the TV channel’s opposition, the film’s director, Soheil Beiraghi, told Reformist ILNA news agency Oct. 6, “IRIB [national TV organization that holds the monopoly of domestic radio and TV services in Iran] told us that we should give them a trailer with no scene showing Baran Kosari, but given the structure of the film it wasn’t possible for us to create such a trailer. We were [then] deprived of the TV channel broadcasting our [trailer].”

In an interview with Reformist Etemaad daily Oct. 22, Kosari said that she has been on the blacklist of state TV for a long time. “Due to my position in 2009 [Kosari supported Reformist candidate Mir Hossein Mousavi in the presidential elections], state TV placed a ban on me. Although this is not important to me, when it comes to advertising it is different, [because] state TV is violating the rights of producers,” Kosari noted.

If you like this video and the information provided, you can read more about global futsal by going to the top bar navigation or click here