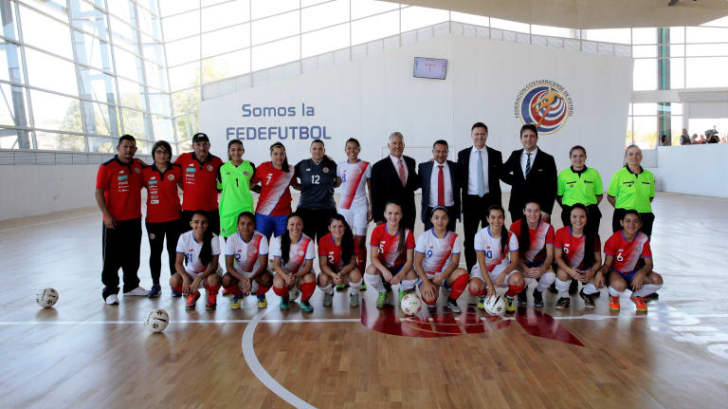 FIFA announce that Costa Rica has developed a new facility to benefit the development of Futsal in the country which they facilitated via their FIFA Forward investment.

A new futsal arena was recently inaugurated by the Costa Rican FA (FEDEFUTBOL), with the facility set to help the development of the men’s and women’s national futsal teams. Representatives from FIFA and CONCACAF were among the attendees for the opening of the premises, which will allow the country’s national futsal teams to prepare for international tournaments in excellent conditions with futsal competitions also set to kick off soon in the facilities.

Jair Bertoni, FIFA’s Director of Member Associations for the Americas, attended the event together with the General Secretary of CONCACAF, Philippe Moggio, to open this new FIFA Forward-funded complex. The project, which benefited from a total investment of USD 1.8 million, including a FIFA Forward contribution of just over USD 1m, will provide FEDEFUTBOL with the infrastructure needed to promote and develop futsal in the Central American country. 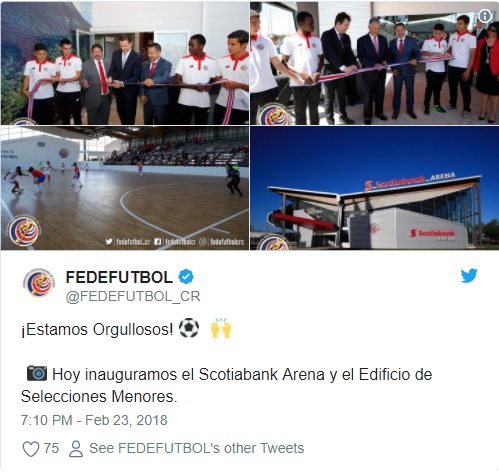 While the ceremony was taking place, Bertoni shared a few words with the attendees.

“I’m pleased to witness such a project emerging from the ground,” Bertoni said. “This complex reflects perfectly how member associations can make the best use of the FIFA Forward Programme funds. With such major achievements, we hope that many of our member associations will be inspired and decide to foster futsal development for men and women in their own countries.”

The sleek and stylish arena comprises an indoor futsal space with wooden flooring imported from Europe in line with the highest international standards, stands with a capacity of 450 seats, modern public restroom facilities, and changing rooms, as well as the necessary facilities for spectators with reduced mobility.

Officials from the Panamanian FA (FEPAFUT), who also attended the event, were impressed with the facilities. Pedro Chaluja, a member of the FIFA Council and the President of FEPAFUT, said: “[we] admire Costa Rica and FEDEFUTBOL. They lead by example, which is always inspiring for us. With the launch of these new premises, they are setting the bar high for the rest of the surrounding countries and for our region as a whole.” 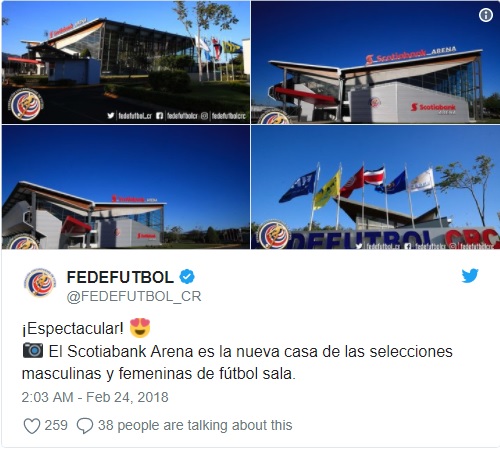