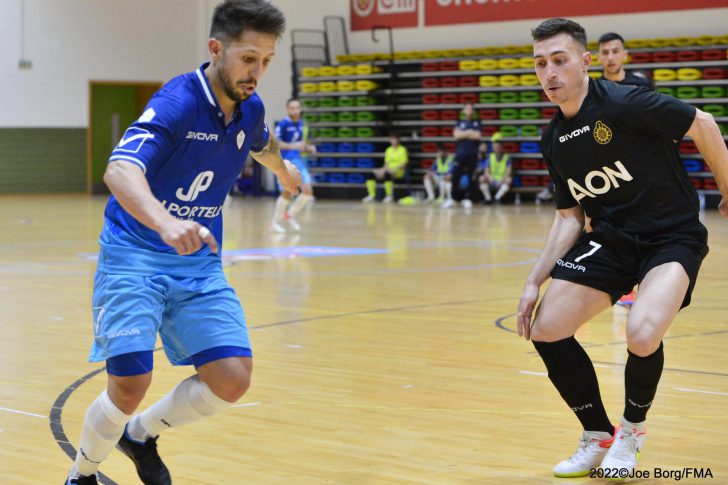 Even the Enemed Challenger League is getting into a decisive phase as eight teams will vie for the final honour. Mellieħa SC Futsal and St George’s FC Futsal became the first semi-finalists for the Enemed Challenger Championship. The other clubs competing for a last four berth are Naxxar FC Futsal, Siġġiewi FC Futsal, Żurrieq FC Futsal and Qormi FC Futsal. Meanwhile in the last round of matches played last week, Luxol saw off Valletta Futsal 5-3 in the most-awaited encounter. The Citizens were always trailing against their opponents and managed to restore parity on three occasions. Still, the St Andrews outfit took advantage of some defensive frailties to score two quick-fire goals and make sure to keep their perfect track. Melvin Borg scored a brace while Maicon, Dylan Musu and Everton Veve were also on the mark for the champions. Valletta had their Colombian trio Jhonn Anderson, Brayan Silva and Emerson Felipe on target. Ta’ Xbiex were a few seconds away of clinching third place in the standings but a late University of Malta comeback denied them of this satisfaction. Ta’ Xbiex had a perfect start with Stefi Cale, Jonathan Caruana and Ivan Vadillo Delgado establishing an initial advantage. University of Malta fought back and goals from Paul Scerri, and Mohammed Elamari to level matters.

In the Enemed Challenger League, St George’s confirmed their good form of late after a 7-2 win over Naxxar Futsal.  The Cottonera side produced an excellent performance as their players Faisal Alnakuoo and Liam Caruana scored a brace. On the other hand, Matthew Scicluna, Leon Camilleri and Vuk Rankovic also put their names on the score sheet. Sean Parnis and Jurgen Gauci reduced the score for the Lions.