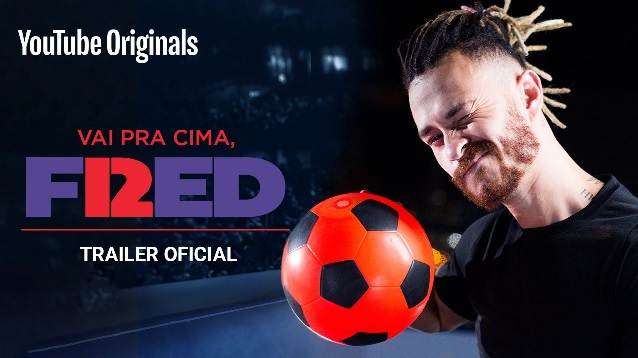 Many young Brazilians dream of being a professional soccer player. The so-called “Country of Football”, with five world titles, fosters the hope of living like a big star, with high salaries and ascending socially through the opportunities playing football brings. It is true that few realize the dream and a smaller number reach stardom, but the illusion still permeates the heads of many. And in search of fulfilling this wish in relation to Futsal, Bruno Carneiro Nunes and Magnus Futsal joined in an innovative endeavor.

Bruno is better known as Fred, the most influential futsaller Youtuber in Brazil. At 31, he is the main presenter of the Desimpedidos channel, which has eight million subscribers. On his personal Instagram profile, there are five million followers. The Sorocaban club, founded in 2014, is champion of the National League, the Paulista League, the South American, the Libertadores, and the Club World Championships. It is the only team in the sport to win the best cup in the world three times in a row.

The trajectory of both unites in the function of the greatest of all in futsal: Falcão, who ended his career in Sorocaba. Fred, when he was still Bruno, idolized the eternal shirt 12. With the success on the internet, the two approached and a strong bond of friendship was created. With the contact between the YouTuber and the club narrowed, the path was open for the creation of an ambitious project. Thus, NWB, producer of Desimpedidos, TFW Marketing, which runs Magnus Futsal, and YouTube Originals created the reality show “Vai pra cima, Fred” or “Go up, Fred”.

The series, which aired on the Desimpedidos channel, on Sundays, at 7 pm, tells the story of Fred’s path to becoming a professional Futsal player. A product that fulfills a childhood dream of a successful YouTuber and the desire of the club that aims to be the reference in the sport.

The first four episodes that are available reached 13 million views. The fifth part showed show the participation of Fred and Magnus in the opening of the 61st Cruzeiro do Sul Open Futsal Tournament, Cruzeirão 2020. “In three weeks, we increased 70 thousand followers in our Instagram and we doubled the number of subscribers within our YouTube channel. It is a new universe and has surpassed all of our expectations ”, analyzed the club president, Fellipe Drommond. By the seventh episode close to 22 million people had watched the series.

A pioneering project in the world. Bringing Fred to the Sorocaban team is part of a strategy to reach a young audience, which consumes futsal content, but is the most active on the internet. A bold proposal, especially in high-performance sports. “All actions taken are always evaluated and approved by the technical department. I usually say that we are a communication platform that has a futsal team, but the team is the great conductor of this orchestra ”, pointed out Fellipe.

The technical committee was very important for the realization of the program. The biggest concern was how the host would endure a preseason not being a professional athlete. The group of players also made a major contribution to adaptation. “Many players who moved up from the Under-20 category accompanied Fred, are fans. The older people accepted it very well. I was sure they were going to hug and help him. I know exactly the quality of athletes and people in our group ”, revealed coach Ricardinho.

The main objective is to impact the way the sport communicates. And it has been working, as shown by the increase in the number of followers and the engagement with fans, presented by Magnus’ press officer, Guilherme Mansueto. “We have passed two and a half million interactions on our social networks. So, once again, we are ahead of many clubs, mainly in futsal. We are fighting on an equal footing with field (soccer) shirt teams ”, he explained.

Magnus’ profile on Instagram (@magnusfutsal) has 309 thousand followers. The National Futsal League has 188 thousand. The greatest national futsal champion, Carlos Barbosa, has 92 thousand followers. The comparison also fits in football: Athletico Paranaense, current champion of the Copa do Brasil and who won the South American in 2018, has 416 thousand fans on his Instagram. And Sorocabans are more followed than clubs that participate in Serie A of the Brazilian Championship, such as Goiás and Bragantino.

Comscore, a North American company specializing in consumption analysis on the internet, published a study showing a 26% increase in Brazilian accesses on social networks between the 16th and 22nd of March, compared to the 9th and 15th of the same month . Online entertainment grew by 23% in views. Inserted in this scenario, the audience of Magnus should also follow the upward trend with the new product. Thus, the club can achieve the goal and become a digital reference, as it is already is on the court.

You can watch episode one below but it is in Portuguese: