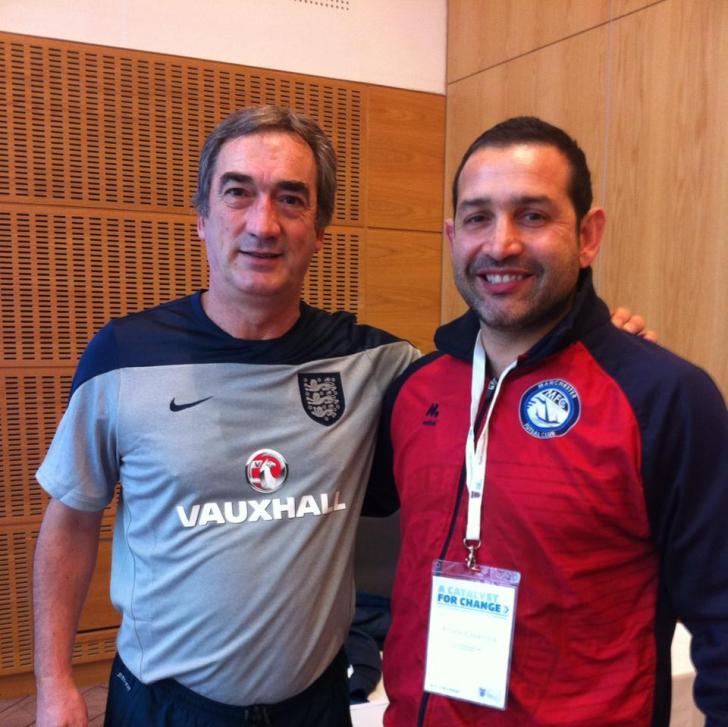 FS Derby is delighted to announce that Frank Chiarella has been named as their First Team Head Coach. Chiarella will meet his FS Derby team at the first pre-season meeting this Sunday at Willows Sports Centre.

Frank Chiarella brings with him a huge amount of futsal experience, something that is invaluable in the British game. He is most recognized for taking Manchester Futsal Club to the Grand Finals as Head Coach in 2013/14 season.

FS General Manager Matt Hardy revealed in a club statement Chiarella is the perfect man to take the club forward:

“He has an unbelievable pedigree and a background in the game at the very highest level. It’s a coup for us and a statement of intent for the direction we want to be taking the club.”

After the Play-Off setback (FS lost to Cambridge United Futsal Club in the Play-Off semi-finals) Hardy, along with interim Head Coach and first-team player, Sam Huntingdon together decided that Derby needed a coach with Futsal experience and they know how to take the club to the next level in the FA National League. In Chiarella, they have that man.

“From the moment we first spoke, I was excited about Frank’s thoughts around our club. He possesses an amazing amount of knowledge about this sport and uncanny, excellent attention to detail when it comes to his planning, preparation and review processes. I liked his ideas and thought they were the perfect fit for this club at this time. We’re all just itching to get started now and put the wheels into motion.”

FS Derby and Frank Chiarella will put those wheels into motion this Sunday as the first team gets together for the start of pre-season.