A Futsal court in every housing estate 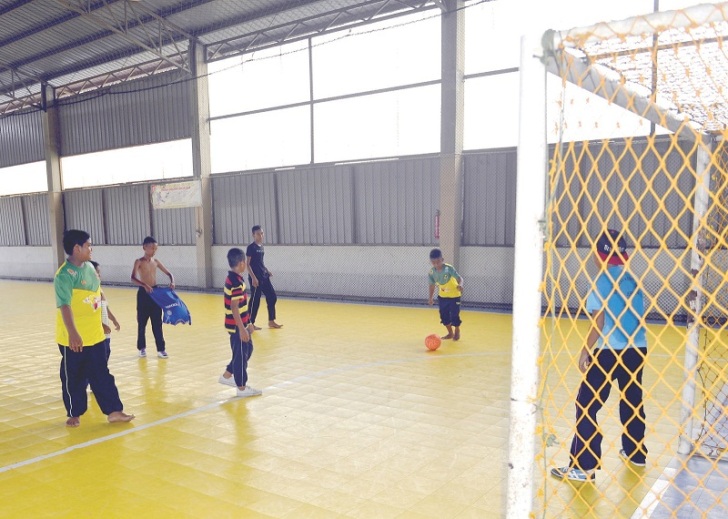 The Urban Wellbeing, Housing and Local Government Ministry (KPKT) in Kuantan, Capital City of State of Pahang, Malaysia, intends to set up a futsal court in each housing estate.

Minister Tan Sri Noh Omar said the futsal court would not only boost the residents’ spirit to exercise and practice a healthy lifestyle but also foster close rapport among them.

“I want the futsal court to be built in the best possible way, with roof and lights so that young people can exercise at night.

“The futsal court which I estimate to be about RM500,000 each can also serve as a multi-purpose court,” he told reporters at the closing ceremony of the Local Government Sports Tournament here last night, which was officiated by Pahang Mentri Besar Datuk Seri Adnan Yaakob.

Besides that, Noh said the government had approved nine projects involving building and upgrading futsal courts, multi-purpose courts and fields worth RM3.8 million in Pahang this year, as compared to RM2.2 million last year.

On the sports tournament, Noh said it was last held in Terengganu in 1995, adding that he intended to make the tournament an annual or at least a biennial event as this was a medium to gather representatives of local authorities (PBT) nationwide.

Picture above by R. Mahgeshan