Futsal World Champions Argentina and Brazil will Play for the First Time in the U.S.A. National Teams from Brazil, Argentina, Mexico, and U.S.A take part in Futsal All-Star 2019 at Marlins Park in Miami on September 23-24

The two-day spectacle with ticket prices that start at just $20 will feature dynamic players, including Ferrao, Santiago Basileand Rodrigo Hardy, showcasing the world’s fastest-growing sport on a FIFA-sanctioned date, leading into the 2020 Futsal World Cup.

The Futsal All-Star 2019 lineup will match #1 world-ranked Brazil (FIFA and CONMEBOL) against Mexico at 7 p.m. EDT on Monday, September 23rd followed by world-ranked #5 Argentina (#2 CONMEBOL) against the United States in a doubleheader. The runner-up game will feature the two losing teams starting at 7 p.m. EDT on Tuesday, September 24th followed by the two winning teams in the final game to crown the champion. The event will also include family activities, Futsal tutorials and clinics, and specialized art installations.

The U.S. Futsal National Team will be returning to the court for the first time since 2016 as the team begins their preparation for CONCACAF Futsal qualifying in an attempt to return to the FIFA Futsal World Cup in 2020 after a 12-year absence.

“Marlins Park is proud to welcome the Futsal All-Star 2019, as our world-class facility plays host to world-class international stars,” said Miami Marlins Chief Revenue Officer Adam Jones. “As the go-to destination for a first-class experience, we will continue to bring South Florida a variety of exciting events from across the globe.”

“I wanted to bring an iconic event like this to the American public after seeing firsthand the exceptional skill and excitement that Futsal creates,” said Rodney Henry, Chairman of Protégé Media and event’s organizer. “American sports fans are going to love the level of competition, ball skills and constant action that this sport requires – it’s absolutely addictive.” 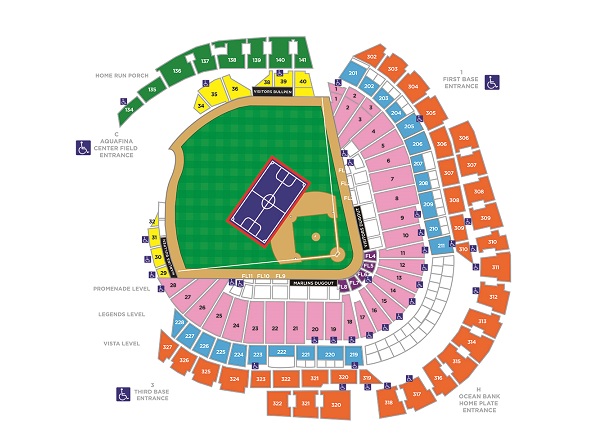 Tickets for the Futsal All-Star 2019will be available for pre-sale at 10 a.m. EST starting August 12that https://futsalallstar.com/

The Futsal All-Star 2019 is organized by Protégé Media, a multimedia and live-events company helmed by entertainment entrepreneur, Rodney Henry. https://www.rodneyhenryinc.com/