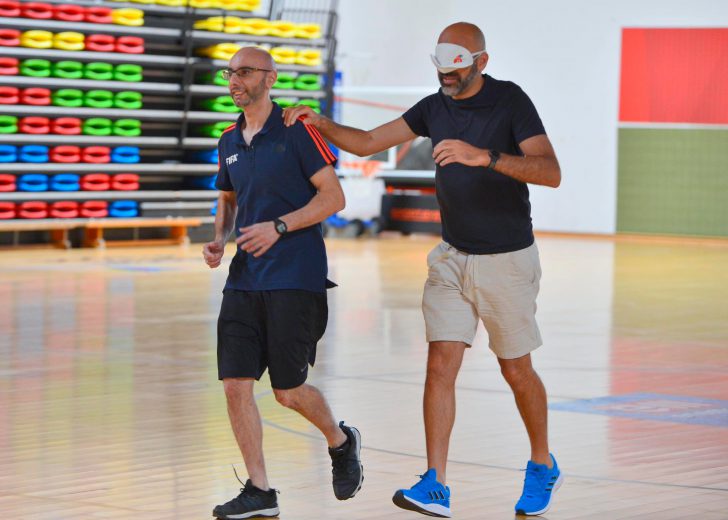 The Futsal Malta Association (FMA) proudly announced the formal launch of its Visually Impairment Futsal Development Project. The project, aimed at developing futsal for the Visually Impaired (VI). VI athletes include blind athletes as well as athletes with varying degrees of visual impairments. This marks a watershed moment for FMA and was chosen as its hallmark project to celebrate 10 years since establishing FMA. 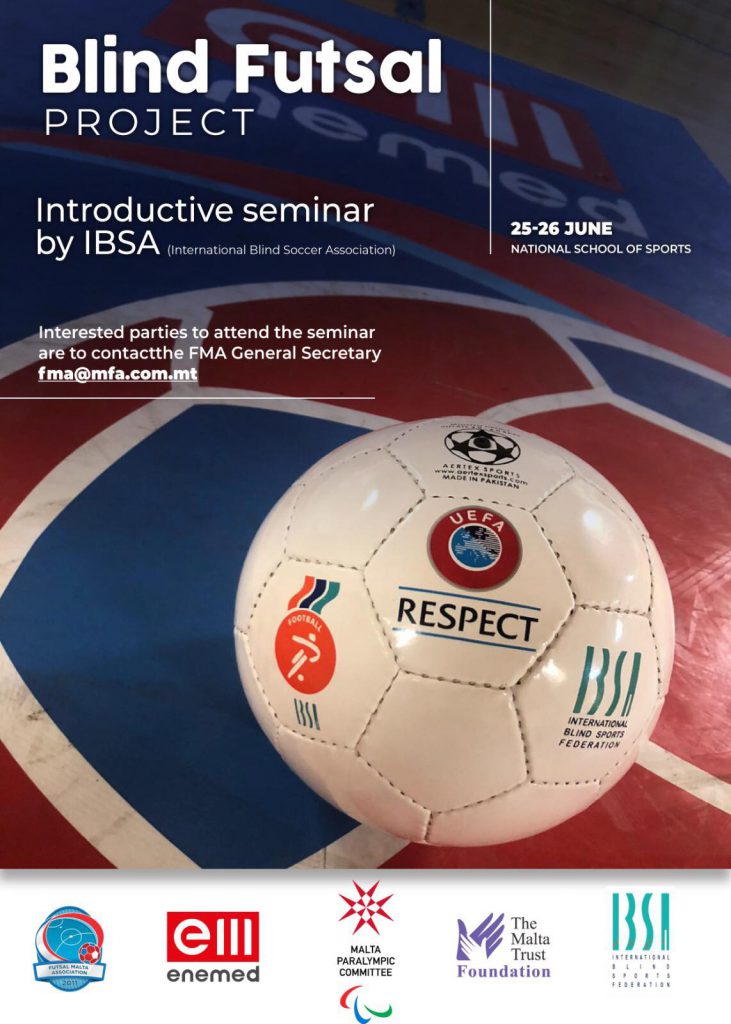 The announcement was made during a weekend seminar organised in collaboration with the International Blind Sport Association (IBSA) and Malta Paralympic Committee (MPC), which saw technical officials from IBSA’ blind football development division deliver a holistic theoretical and practical programme to kickstart the development of VI Futsal in Malta. Various officials, administrators and coaches participated in the programme, which afforded them the opportunity to learn from the know-how and depth of experience of IBSA’s international technical officials. Split over the course of two days, the programme included practical sessions on how to adapt training sessions, pitch orientation, drills and game-play to suit blind athletes and visually impaired athletes, together with appropriate training on coaching within an inclusive environment that brings together able-bodied and visually impaired athletes on the same pitch. The seminar is the first step in establishing the necessary organisational capacity to offer VI Futsal to athletes locally and the FMA intends to roll out FI Futsal training sessions in the coming weeks. 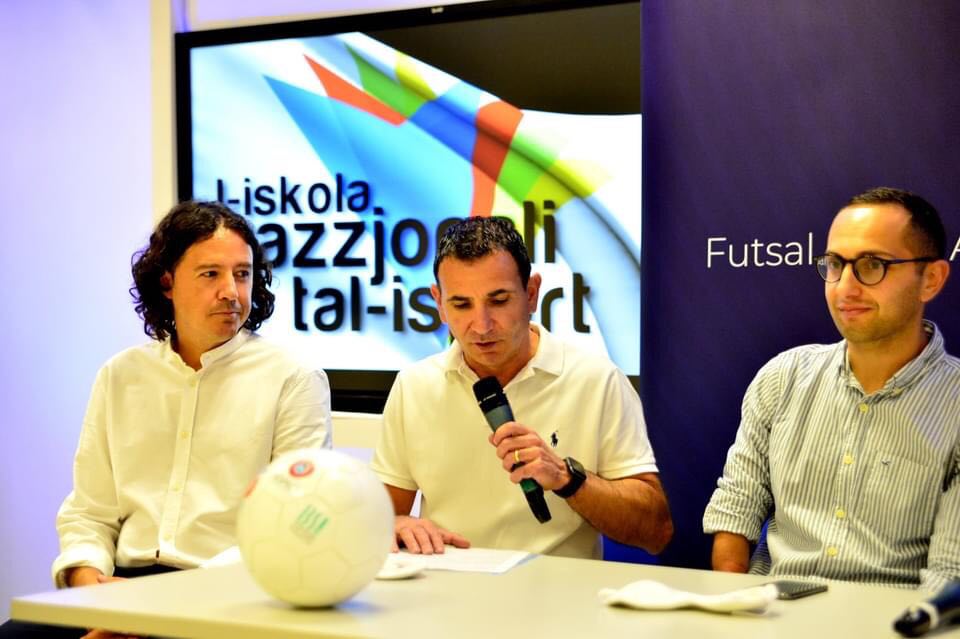 Futsal Malta Association President Perit Mark Borg underlined that “This is a milestone project for our association representing our ethos and social responsibility. We are committed to continue reaching out to the community in order to fulfil our objectives.”

The IBSA delegation was composed of Elias Mastoras and Lauren Asquith. Elias Mastoras is the current IBSA Blind Football Chairperson and a Rio 2016 Paralympic Games Referee Coordinator and World Referee Coordinator between 2013-2017. Elias was also a referee of the Gold Medal Match of Blind Football at the Athens 2004 and Beijing 2008 Paralympic Games. On her part, Lauren Asquith is the English Football Association (England FA) national coach for the England Blind Women Football team and is a Para Sport talent pathway and development coach, having been involved in the sector since 2013. 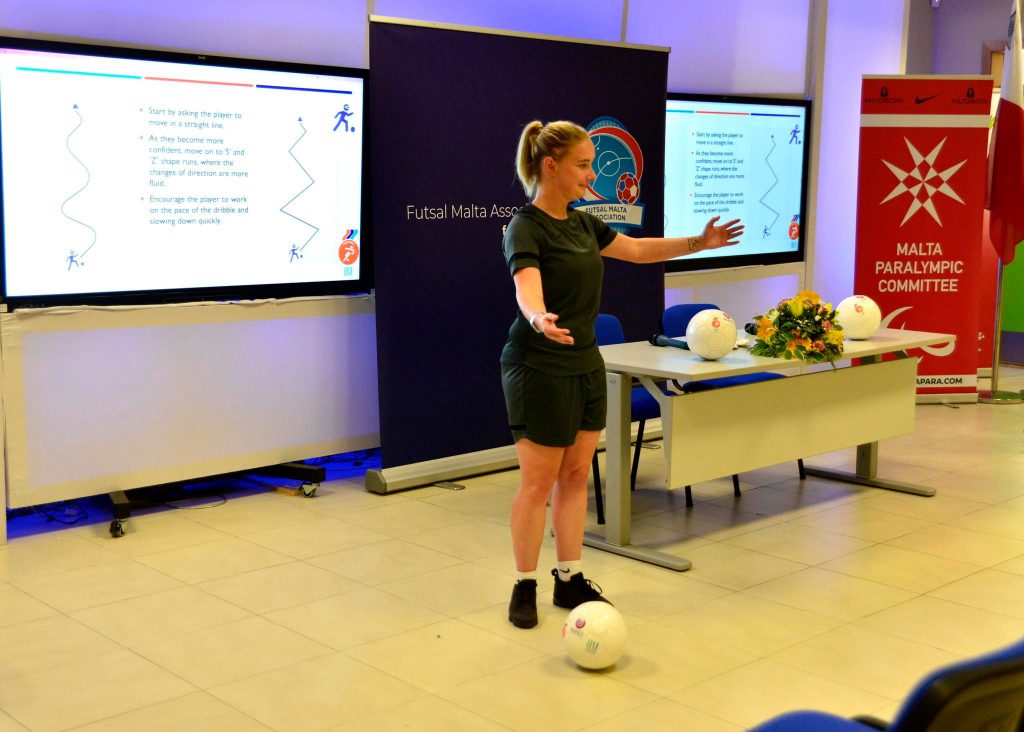 On its part, the Malta Paralympic Committee highlighted that the VI Futsal Development Programme launched today forms part of a wider strategy and action plan for VI Para Sport, that is, sport for individuals with visual impairments. Malta Paralympic Committee Secretary General Dr Julian Bajada commended Futsal Malta Association’s collaborative and proactive approach to the project, highlighting the association’s willingness to learn and explore the area in depth. MPC highlighted that this is a positive sign of shifting trends in national sports associations’ perception of Para Sport and encouraged other associations to follow FMA’s model example in this regard.

MPC’s vision is to enable individuals with visual impairments to participate meaningfully and effectively in sport, noting that on a global level VI Para Sport is well developed across various Para Sport disciplines, including Para Athletics, Para Swimming, Para Rowing and Para Judo. After months of preparations, MPC expects to formally launch the wider multi-sport VI Para Sport project, being implemented in collaboration with The Malta Trust Foundation, in July of this year. 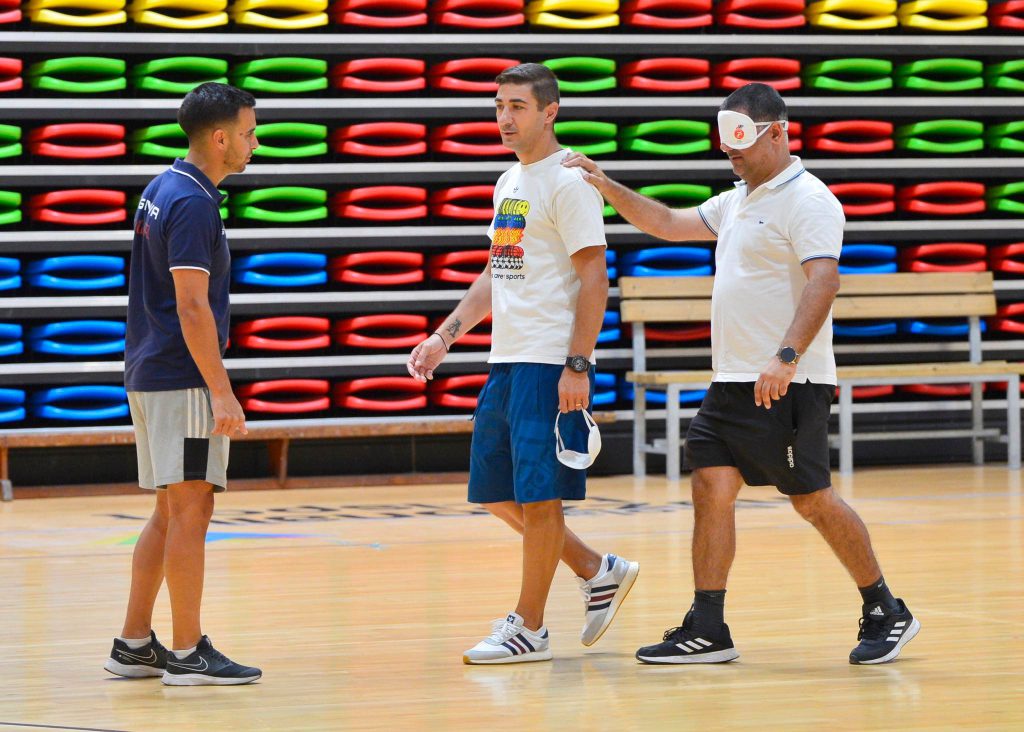 The launch was also attended by Her Excellency Marie-Louise Coleiro Preca, Former President of Malta and the present Chair of The Malta Trust Foundation, who stressed the importance of Para Sport as a key pillar in the holistic development of individuals with visual impairments that will unlock whole new opportunities. Ecc. Marie-Louise added that this project gives life to Article 30 of the United Nations (2006) Convention on the Rights of Persons with Disabilities (CRPD, which states that its signatories “…recognize the right of persons with disabilities to take part on an equal basis with others in cultural life”, remarking that it is up to us to ensure that this Convention is not merely words on paper, but is translated into long-lasting and impactful actions.

Further details on the VI Para Sport project will be launched in the coming weeks and individuals with visual impairments, or their parents or guardians, are invited to get in touch via maltaparacom@gmail.com.