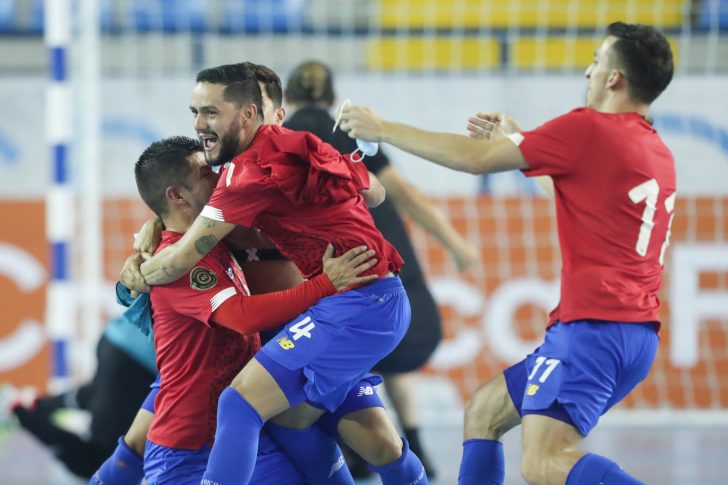 Congratulations to Costa Rica on winning the 2021 CONCACAF Futsal Championship, and their third championship in a row!

The natural assumption before the competition happened was that the nations who had dominated the competition for so long would continue doing so. What made the tournament a success, and one of the best editions for many years was the competitive balance was so open it felt like any nation could win which made this competition very enjoyable. However, despite the clear entertainment value the viewers were getting, the standard of play was met with a lot of criticism. Futsal Focus was contacted by fans criticising the level of the nations, predicting the majority of the teams would struggle at the World Cup. The only nation who was spared criticism was the eventual winners, Costa Rica who defeated the United States in the final.

The performance level observation was also shared by futsal enthusiasts in North America, who were criticising CONCACAF for this. They too shared the same view that the quality of the nations had dropped, blaming the Confederation for not supporting futsal enough. Emphasising the need for CONCACAF to create a plan to aid the sport’s coaching and development.

When the competition kicked off, the nations who had dominated the world cup slots since 2004 were Costa Rica, Panama, Guatemala, Mexico and Cuba. However, once the Semi-finals stage kicked off only three of these nations made it to the final stages. Cuba were out, Mexico as well, Guatemala were close to defeat against El Salvador, and Panama could have lost their place to Canada in the penalty shoot out. Only Costa Rica was consistent.

The Quarter-finals didn’t disappoint, the United States of America made history for their country and secured their place in the World Cup for the first time in 13 years, defeating debutants the Dominican Republic. What many won’t know is the United States as a group had never played a competitive game together until their opening game against El Salvador, and despite this, the team fought their way to the competition’s final to face the regions powerhouse, Costa Rica.

Costa Rica was the United States first taste of what they can expect at the World Cup from the higher level teams, and the U.S should be proud of their performance. The third Costa Rican goal to take the lead however, is a typical goal and movement the U.S will face at the World Cup so they will have to handle this a lot better.

When the final whistle was blown, Costa Rica made history by winning the competitions for the third time in a row, maintaining their dominance for the past 12 years and for another four. However, the story of the competition, without a doubt, is the success of an American team that no one could have predicted would reach the world cup, never mind going all the way to the final.

Awards and the World Cup

The awards after the competition were:

Congratulations to all award winners, but there is only one I would question and that is America’s Diego Moretti not being chosen as the competition’s best goalkeeper. I doubt the States would have reached the final without him.

Going to the World Cup is Costa Rica as the regions champions, the United States in second place, Guatemala as the third best team and Panama in fourth. Looking ahead to the competition with the qualifying competition performances in mind, Costa Rica will enter the World Cup eager to improve upon their third place finish in the Group stage in 2016. Even though they are the regions powerhouse, progressing out of the Group stage will be difficult for them. For the United States of America, Panama and Guatemala it will be whether they can finish third  and avoid bottom of their groups. A progression benchmark would be beating one of the African nations or the Solomon Islands. If achieved, the next benchmark would be putting in credible performances against a lower ranked South America, European or Asian nation, and not being beaten heavily.

Turning point for futsal in the CONCACAF region

This year’s competition, I believe is a turning point for futsal in the CONCACAF region due to the entertainment value of the tournament and the United States of America reaching the World Cup.

Futsal development  and awareness is increasing in the U.S, and world cup participation can only help to continue raising the sport’s profile, but it will be whether U.S Soccer takes a leading role in the sport’s development and promotion going forward which will make the difference. The association is consistently criticised for not doing so.

Success on the court is the only way to change perceptions, along with increased promotion of the national team and their participation in the world cup. Can  or will US Soccer ignite an interest among the MLS football loving American public in their team and increase awareness about the commercial opportunities futsal presents? Based on futsal developments happening around the world, I believe you will start to see U.S Soccer do more for the sport.

Our prediction, for the next tournament is that the U.S will be challenging again for the CONCACAF gold medal. The next competition will see 20 nations wanting to take part due to the interest and praise the entertainment value of this event brought from all those who watched it.