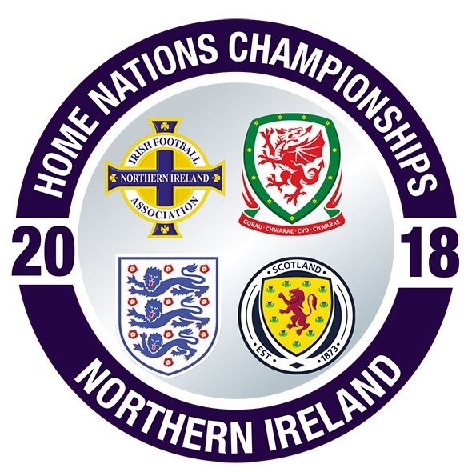 This weekend in Northern Ireland at the Newry Leisure Centre, England, Wales, Scotland and hosts Northern Ireland competed to lift the first ever Home Nations Futsal Championship to take place in the country. England finished the competition today with a 3-1 victory over Northern Ireland and retained the trophy.

England defeated Northern Ireland in 2016, 16-1 and in 2017, 1-5 but in 2018 the competitive balance of the match was much closer. Northern Ireland lost 3-1 in their final Home Nations Futsal Championships game in a spirited display against eventual Champions England.
Conor Glenholmes reduced the deficit to 2-1 and a fine save shortly after was the difference as England countered and scored their third to seal the win. Northern Ireland rallied late on and hit the crossbar in the final seconds in front of a loud crowd at Newry Leisure Centre. although Northern Ireland lost 1-3, they can be proud of their performance and the efforts they made in this competition and to host it.

The tournament finished with Scotland, Northern Ireland and Wales all on 3 points and England winning the competition with straight victories but this year sets up an exciting 2019 to see which of the Home Nations Futsal will close the gap between them and England.