How important are the World Cup qualifiers for U.S.A futsal development? 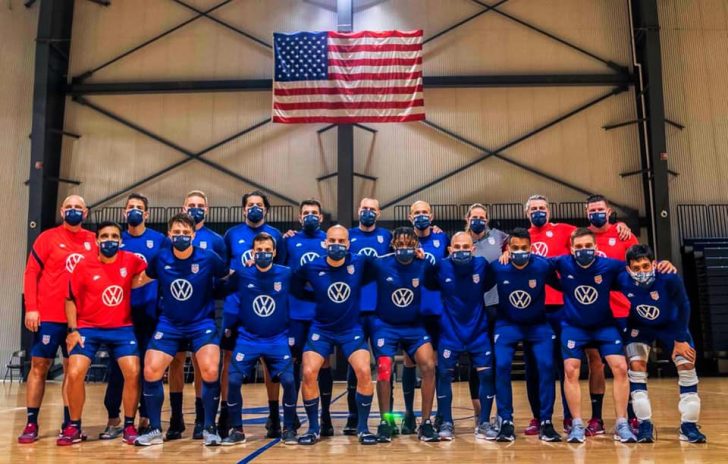 Before, we dive into the importance of the 2021 CONCACAF Futsal Championships/ world cup qualifiers are to U.S futsal development. Here is some information that you may not know about the nation, and the team chosen by their new head coach Dusan Jakica, and his assistant coaches Otto Orf, and Pablo de Silva for the world cup qualifiers. The U.S.A won the inaugural 1996 and 2004 Concacaf Futsal Championships and finished third in 2000 and 2008. Costa Rica (2000, 2012, 2016) and Guatemala (2008) are the only other countries to win the regional championship.

Who is on the team this year? 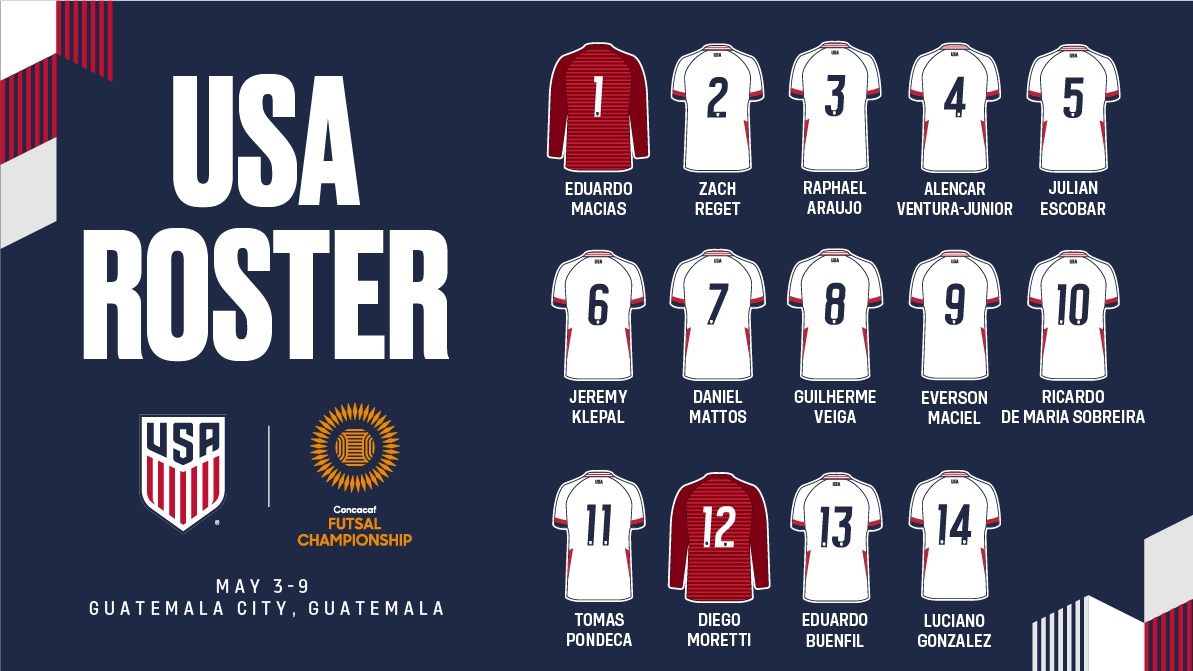 Three players on the USA roster for the world cup qualifiers play futsal in Europe: goalkeeper Diego Moretti in Italy’s Serie A with Petrarca Padova, Luciano Gonzalez in Italy’s Serie A/2 with Buldog Lucrezia and Tomas Podenca with Paris Acasa in the Championnat de France Futsal D1. Moretti is the second American to play professionally for a club in Padova, Italy in Serie A. Former MNT defender Alexi Lalas played on the outdoor Calcio Padova team during the 1994-95 season.

Two players have coached in Major League Soccer academies in New York: Raphael Araujo coached NY Red Bulls Youth training programs and Regional Development Schools camps from 2015-17 while Julian Escobar has coached U-9 to U-15 youth programs in the NYCFC Academy since 2018. At 19, Pondeca is the youngest member of the team, graduating from Marcus High School (Texas) in 2020 before beginning his futsal career in France. The second youngest is Eduardo Buenfil (23), who played four years at San JState University and is set to graduate in late May.

Why are the qualifiers important to the U.S?

Of course, the qualifiers are important to every participating nation but in the case of the United States, the nation is on the verge of a futsal explosion and success at the Concacaf Futsal Championships could be the spark and the light the sport needs. If you don’t know what is happening in the United States, here is a short breakdown:

These are just a number of the developments happening we can discuss, but there are others in progress that we unfortunately cannot mention yet out of respect to our network.  However, if the U.S national futsal team were to qualify for the world cup, the developments mentioned above could use this success to assist their own goals. Hopefully, this achievement would encourage U.S Soccer to support the sport more, and engage the media helping to ignite the sport’s development awareness, coverage and promotion further. To get U.S Soccer’s increased attention and support, success on the court is imperative. The USA will face El Salvador, Nicaragua and Cuba in Group D. After round-robin group play, the top two teams from each of the four groups will advance to the quarterfinals. The four semifinalists will earn a berth at the 2021 FIFA Futsal World Cup in Lithuania this September. The group is not an easy one, Cuba qualified for the last world cup, Nicaragua won the bronze at the last Central American Games in 2017 and this is a first for El Salvador to reach this stage of the competition.

Looking ahead to the competition, and knowing how important the competition could be if the team were successful, how does their head coach feel about his team? Talking to the U.S Soccer website, this is what Dusan Jakica said,

“We had many difficult decisions in choosing the roster that will represent the U.S. in Guatemala, having evaluated over 600 players since September 2019– when we started preparation for this tournament,” said Jakica. “I want to thank all the players who participated- we now have a wide base of players and great potential for the future. We opted for players who at this point we think can bring us what we want. I am very excited and confident that we will play well in Guatemala.”

“Covid significantly disrupted our plans, but it also disrupted the plans of other teams. While we did not have the preparation period we wanted, I expect that we will provide good games in Guatemala and the U.S. Futsal National Team will play real, modern futsal.”

Before, the team took off to Guatemala assistant coach Otto Orf posted on social media:

“Today our journey begins as we put our efforts of the past 18 months to the test in the 2021 CONCACAF Futsal championships in Guatemala City, Guatemala. Thank you to all those players and supporters who contributed to the cause. Let’s go USA”

Where can you watch the U.S play?

Fans in the U.S. can watch all matches on the official Concacaf app. Fans will also be able to follow the team on social media via Facebook, Twitter (@ussoccer_ent and @ussoccer) and Instagram (@ussoccer and @ussoccer_pnt). Other options: