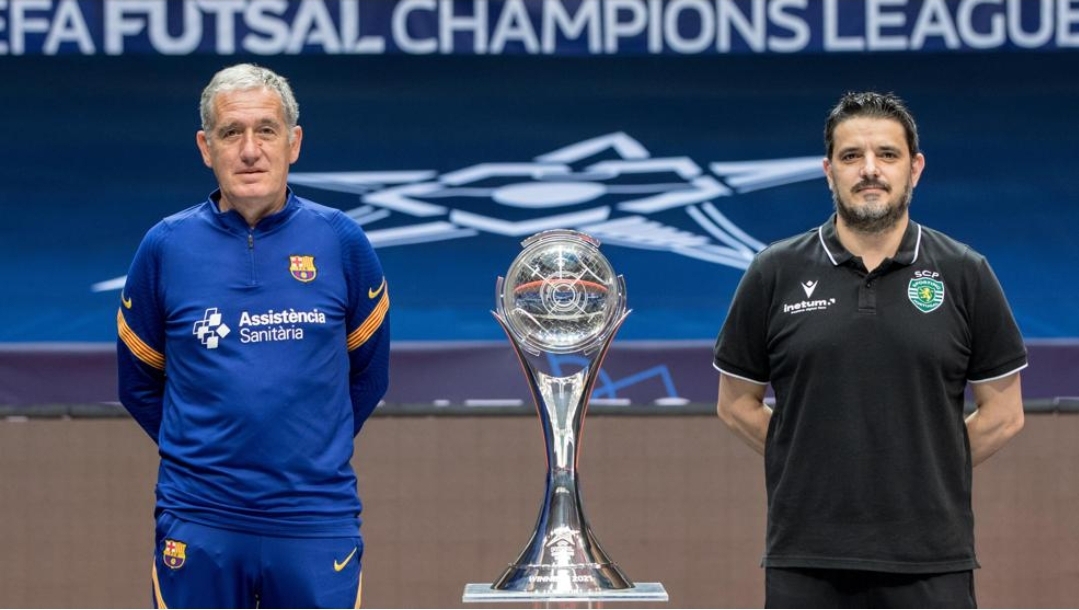 Source of the picture: UEFA

The final tournament of the UEFA Futsal Champions League has been fantastic. We have been blessed with top level futsal, action, goals and drama since Wednesday. Exiting the tournament are S.L Benfica in the quarter-finals along with Dobovec (First time to reach this stage of the competition), TTG Ugra Yugorsk, and KPRF. In the semi-finals, Movistar Inter and Kairat Almaty were defeated leaving Sporting and Barca.

Now, the winners of the first rebranded competition (Previously known as the UEFA Futsal Cup) Sporting face Barca, the current holders in the final. What will failure for Barca mean for  their head coach Andreu due to their under performing domestic season which sees Barca in 5th place and a SuperCopa defeat to Movistar Inter. Whereas Sporting are top of their league and won the Taça da Liga this year, adding the Champions League to their success would secure a dominant season.  It seems for Barca, this final is a must win for more than the obvious.  Sporting are seeking a second crown, only two years on from their first, and again face Daniel Shiraishi, who could snare a record-equalling fourth having been part of the Inter teams that beat Sporting in the finals of 2017 and 2018. Sporting welcome back Vinicuis Rocha from semi-final suspension. Both teams are in the final for the fifth time, with Barça aiming for a fourth title and the competition’s third successful defence. However, they are in these finals without a key man from those past three triumphs, captain Sergio Lozano. Other important factors are the increased number of broadcasters showing the final this season including BT Sport, could this showcase help to ignite the interest of pro football clubs or entrepreneurs in the U.K? It could certainly be a stepping stone along with sparking the interest of more media platforms to cover and promote futsal.

Speaking to UEFA.com, this is what both managers had to say ahead of the final on Monday:

Andreu Plaza, Barça coach: “It will be a difficult match. Sporting have played four of the last five finals; they are a very solid team. They are so compact, they defend well, they attack well, they have a mastery of all aspects of play.”

Nuno Dias, Sporting coach: “They are one of the best teams in the world with great players in every position. Anyone who follows the game will agree on that. However, I think it will be a 50-50 match. We are in one of the best periods since I came to Sporting in terms of togetherness and spirit, so it will be a great match.”

To find out where you can watch the final in your region, click here