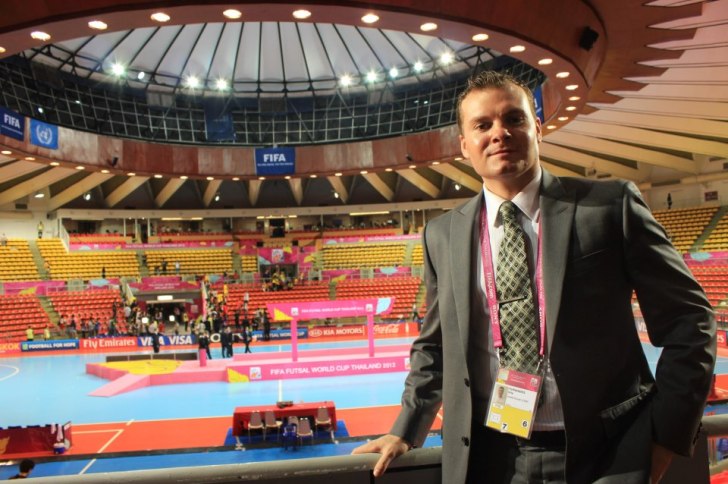 Futsal Focus is delighted to confirm that respected journalist Kris Fernandes who is well known in the Futsal industry will be our Senior Correspondent at the 2016 FIFA Futsal World Cup in Colombia which kicks off tomorrow the 10 September.

Kris Fernandes is live on location in Colombia for the 2016 FIFA Futsal World Cup as the Senior Correspondent for Futsal Focus. He has covered numerous international events for numerous media outlets including the 2012 FIFA Futsal World Cup in Thailand in addition to the previous three FIFA World Cups among other major global competitions. He has been involved with futsal for the last decade helping to further futsal in Canada and the United States of America. He has conducted interviews with international futsal legends from around the world including Falcao and Kike.