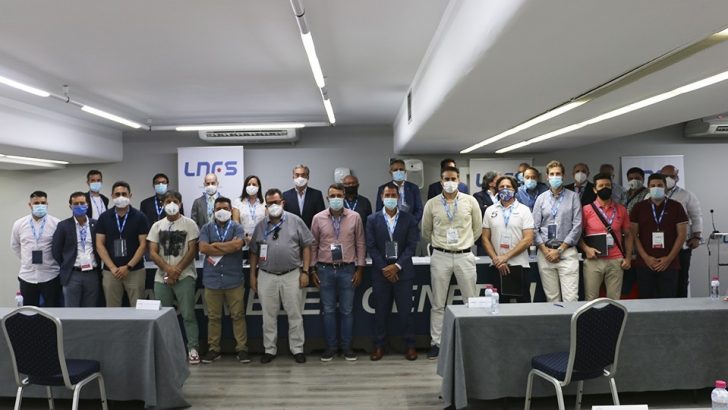 The Liga Nacional de Futbol Sala (LNFS – National Futsal League) held on Tuesday in Madrid an Assembly, in which the partial reform of the Statutes was unanimously approved, and another Ordinary Assembly of clubs, in which the economic distribution was also unanimously approved in respect of the income obtained from the exploitation and commercialization of the audiovisual rights, which amounts to € 1,340,000 for the associated clubs in the 2020/2021 season.

The Board of Directors of the LNFS, with its president Javier Lozano at the helm, gave the inauguration of the day with the celebration of the Assembly, where the new Statutes of the Association were unanimously approved, after their partial reform, adapting them to the new workings of the LNFS, after the RFEF took control of the organization of competitions, and opening the Association to the clubs of other masculine and feminine categories together with the current ones of First and Second Division.

Next, the Ordinary Assembly took place where Sara Salvador, a lawyer from the Legal department of LaLiga, and Jaume Zorita, Content Manager of the OTT LaLigaSportsTV, were present, who explained the strategic lines of the audiovisual rights of the clubs subject to the signed contract. with LaLigaSportsTV until 2023.

“The ownership of audiovisual rights belongs to the clubs. There has been no legal change after Royal Decree Law 15/2020 of April 21. There is a contract signed until 2023 and any type of legal action will be studied in the event of the possible breach of the contract, ”said Sara Salvador.

For his part, Jaume Zorita stressed that futsal “is one of the star products of the OTT of LaLigaSportsTV, and has registered the best audiences above any other content. Similarly, the firm commitment of GOL continues, which will continue to have the first choice of matches every matchday next season. In addition, the regional channels, as well as Betis TV, will continue to be a basic prop in the broadcast of matches. ”

In point 5 of the Agenda, the accounts for the 19/20 season were closed, despite the exceptional situation and the economic crisis in which the country has been plunged due to the pandemic by COVID-19, the LNFS has managed to close the year with a surplus of € 240,000.

Next, Javier Lozano detailed in point 6, the economic budget for the 2020/2021 season, which was unanimously approved and establishes an economic distribution for the income obtained from the exploitation and commercialization of audiovisual rights that amounts to € 1,340,000 for clubs that are associated with the LNFS in the 2020/2021 season.

In point 7 of the Agenda, the Audiovisual and Infrastructure Regulations to be applied during the 2020/2021 season in audiovisual matters, marketing and pavilions were unanimously approved.

In addition, during the meeting the appointment of Manuel Del Salto, president of Manzanares, was approved as a new member of the Board of Directors. For their part, Luis Moreno, president of Rivas Futsal, and Joaquín Amorós, president of Bisontes Castellón, become new advisers to it.

Before concluding the Assembly, the clubs have unanimously expressed their disagreement with the RFEF for the draft of the calendar prepared and presented by it for the 2020/2021 season, which after assuming the organization of the competitions has not included the clubs for its preparation, who have agreed to present a proposal to the RFEF.