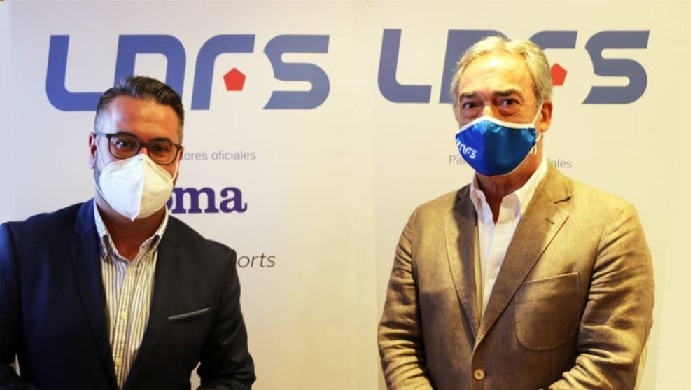 Javier Lozano, president of the LNFS, and Javier Merino, spokesperson for Sports of the People’s Party in Congress, have met to discuss the LNFS campaign with the aim of achieving the professionalization of Futsal in Spain. In addition, the meeting has served to discuss the need for an ANTI-COVID health protocol that allows the ball to roll again in sports centers.

Unlike LaLiga, Futsal is still waiting for a statement from the RFEF to start the competition with an ANTI-COVID health protocol. It seems that the start will not be given until, at least, next October. The LNFS seeks contact with the political forces to support itself and obtain such recognition.

During the meeting, Javier Merino said that from the People’s Party they have “very clear” that Futsal is a professional sport. “The only thing missing is a rule with the rank of Law that establishes it and from the People’s Party, we are going to fight and join forces so that Futsal is declared professional. We are going to support this campaign that the LNFS has launched and to draw up some proposals to request in Congress the professionalization of Women’s Soccer, Futsal, and begin to work on the new Sports Law. I am sure that most of the parliamentary groups will support them, “added the Sports spokesman for the People’s Group.

I want to show my gratitude to Javier Merino for coming to know the current situation in Futsal, which enhances his position as a politician at the service of sport. It was a very interesting meeting because he wanted to know the current problems of the clubs that they are already training and supporting the expenses without having a start date for the competition. He has been interested in relations with the RFEF, with the sponsors, with the fans and above all in the figures so that Futsal is a professional sport; he already came with a well-prepared report, “added the president of the National Futsal League (LNFS).